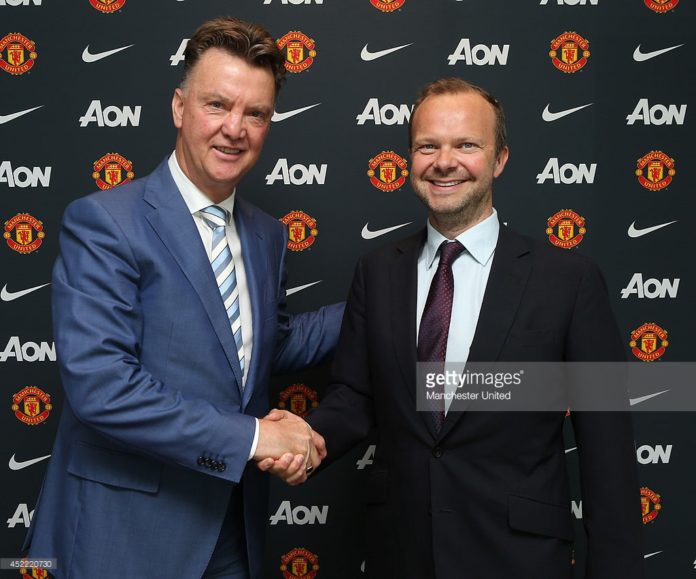 COMMENT | By Manchester correspondent Alex Stevens
For the third consecutive summer, Manchester United had a bulging kitty, big ambitions and an appetite to provide their manager with a squad fit to compete with the very best at home and abroad.

Once again, their supporters are left feeling a little short-changed. The chaotic David de Gea saga may not overly damage United’s playing prospects this season but it has sullied the club’s reputation.
As for the club’s scattergun approach to targeting – and then failing to sign – superstars beyond their reach, many with emotional ties to the club are feeling embarrassed.
The end result is that Bastian Schweinsteiger, whose best days are certainly behind him, has joined but United have missed out on Gareth Bale, Thomas Muller, Sergio Ramos and Pedro, players whose finest hours should be in the present and the future. Meanwhile, the futile pursuit of Neymar will only result in the Brazilian mega-star adding another few zeros to his next Barcelona contract.
Full marks for optimism, bluster and willingness to chalk up air miles. Less impressive is the club’s understanding of the mechanics of the top echelons of the transfer market.
Much of the blame has fallen on executive vice-chairman Ed Woodward, promoted to the role of transfer and contract negotiator after cutting such a dash in the commercial department.
Following in the giant footsteps of David Gill, literally and metaphorically, would have been a difficult task for anyone, never mind a transfer rookie. Gill was hugely respected in influential circles for his diplomacy and smooth negotiating skills.
Five windows later and there is little sense that Woodward and his colleagues have got a grip on how best to secure the more difficult deals.
Throwing money at it, as United attempted to do, failed when it came to trying to secure the big names. Britain’s biggest club are a money-making machine but that does not cut the mustard when it comes to trying to prise the best players away from Barcelona, Real Madrid and Bayern Munich.

Elite clubs do not sell their best players until they are surplus to requirements, as Mesut Ozil, Angel di Maria, Cesc Fabregas, Yaya Toure, Pedro and Alexis Sanchez were when they headed to UK shores.
United are finding that their prestige and commercial might means little when negotiating with the super clubs.
Neighbours Manchester City had similar problems when they were first using the Sheikh Mansour riches to fast-track their arrival into the elite and it took some time, and a change of approach (Garry Cook-Kaka, anyone?), before they were taken more seriously.
As a three-times Champions League and 20-times Premier League winner United have a history and tradition that City can only envy, and they might see it as their right to make life uncomfortable for big-name rivals.
But when it keeps resulting in red faces after fighting battles that they have no hope of winning, perhaps a change of approach is needed.
United seem to have no problem dining at the same table as super agents like Jorge Mendes, but the returns have been fairly measly so far. Di Maria, Radamel Falcao and 19-year-old Anthony Martial for £43million rising to potentially £58million, one of the most absurd transfer fees ever negotiated.
United have done some reasonable deals this summer, with Matteo Darmian and Morgan Schneiderlin looking particularly fine additions to the squad. Memphis Depay also has genuine promise.

Both those United transfer were at a different end of the market, where the Premier League big-hitters had a far greater chance of sealing the deal.
United supporters could be forgiven for feeling underwhelmed. The club had a £200million kitty this summer and the net result is a decent holding midfielder, a zippy right-back, an ageing midfield general, a promising winger and a rookie forward who might – or might not – be the next big thing.
Word is getting round that the Woodward regime is indecisive and dithering. Questions must also be asked about the role of Louis van Gaal, who has a reputation as a master team builder but whose decision-making in the Premier League appears haphazard at best.
The Sir Alex Ferguson-Gill partnership is now being viewed nostalgically as a glorious era when United did things quietly and efficiently, and always got what they wanted. Not so. But some of that old smoothness would not go amiss for the current regime.