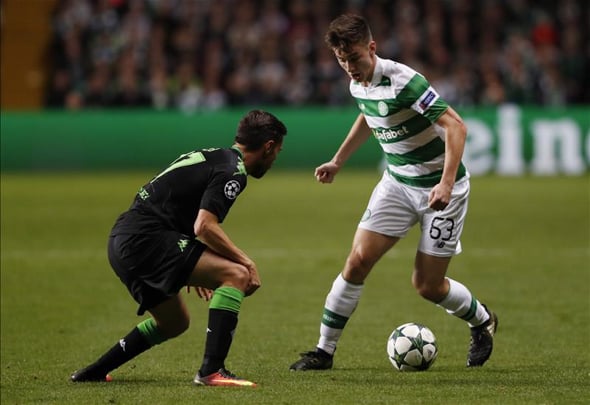 Scotland assistant manager Mark McGhee believes that Kieran Tierney has a lot of the same qualities as his Celtic teammate and captain Scott Brown.

The Hoops midfielder is known for his no-nonsense attitude and hard-man approach to the game – and McGhee says that he sees that in the teenage left-back.

Tierney is hopeful of starting in Scotland’s 2018 World Cup qualifier clash with England at Hampden Park on Saturday after taking a huge blow to the face in the Scottish Cup win against Aberdeen in May.

He clashed with Jayden Stockley in the first-half of the final and was seen visibily shaken as blood poured out of his mouth amid original fears he had broken his jaw.

The injury doesn’t appear to be a problem for Tierney now though and McGhee has praised him for his attitude.

“He takes his lead from [Celtic captain Scott Brown]. He comes down to the training ground in all weathers, and you can have some cold days at Mar Hall, and he’s always wearing short-sleeved T-shirts. If it’s good enough for Broony, it’s good enough for Kieran. He is a hardy boy,” said McGhee, as quoted by BBC Sport’s website.

“He is looking absolutely A-okay, which is great news for us. He is a boy who has broken into the team and could go on and have a lot of caps.”

Tierney would earn his fourth senior international cap if he was to take to the pitch against Gareth Southgate’s England side, who currently sit top of Group F and look well on their way to qualifying for the Russia World Cup next year.

The 19-year-old Hoops full-back was instrumental in helping Brendan Rodgers’ side to a domestic treble this season, playing 40 times across all competitions and scoring two goals and supplying 12 assists.

In other Celtic news, the Bhoys are ready to battle with three Premier League clubs for this midfielder. 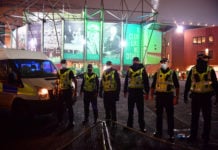 ‘Outraged’ – Exclusive: Pundit fumes over what he’s seen from Celtic