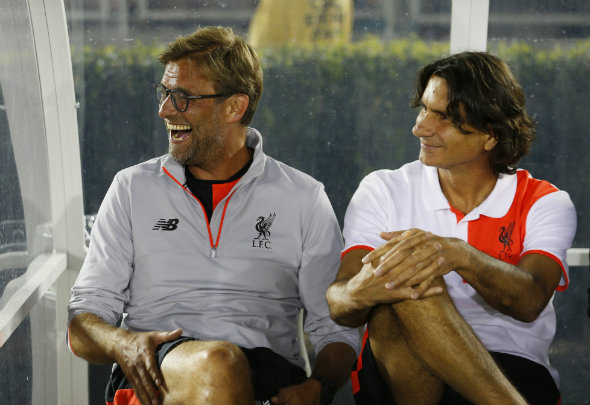 Martin Keown has stated that he would have preferred to play under Liverpool manager Jurgen Klopp than Mauricio Pochettino or Pep Guardiola.

Former Arsenal defender Keown believes Klopp’s ability to connect with his whole squad, regardless of their situation within the team, makes him stand out from his highly rated rivals.

The Reds are fourth in the Premier League table with 16 points, with Pochettino’s Tottenham on 17 points, one point behind Guardiola’s Manchester City.

Keown gave an insight into what impresses him about the charismatic Merseyside manager, who joined the club last October and is now celebrating one year in charge of the Anfield club.

When asked by the Daily Mail readers who he would have preferred to play under, from Klopp, Pochettino and Guardiola, this is what the Arsenal legend and former Premier league winner said:

“Klopp. I like that madness of his personality!” Keown told the Daily Mail. “There’s an energy about him and he seems to connect with his players.

“Just this morning, Divock Origi has said he knows the manager believes in him, even though he’s been restricted to just five substitute appearances in the Premier League.

“Klopp makes the whole group feel important. If someone shows that belief in you then sometimes that’s all it takes.”

In his first season in charge of the Reds, Klopp guided the club to a League Cup and Europa League final, with the Merseyside club losing on both occasions.

Now, the German has guided his side to five consecutive wins in all competitions, as they are two points behind leaders City, with the Anfield club looking to push for the Premier League title.

Klopp’s men will host bitter rivals Manchester United after the international break in what is expected to be a fierce contest between two of English football’s historic clubs.

In other Liverpool news, Matt Le Tissier has revealed the two players that pained him by leaving Southampton for the Reds.