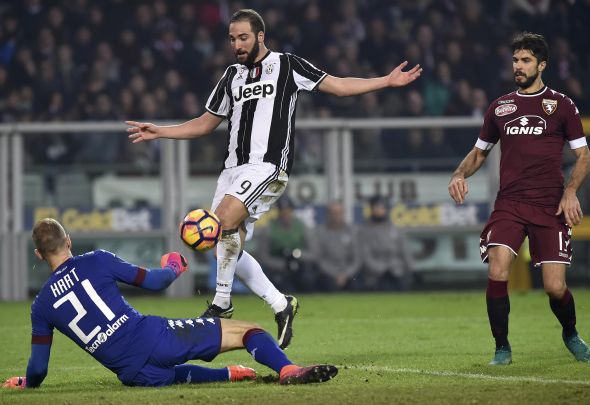 The 29-year-old is currently on loan at Serie A side Torino where he has impressed after being ostracised by Manchester City manager Pep Guardiola in the summer.

Speaking in a Q&A on Sky Football’s official Twitter account, Sky Sports commentator Tyler answered a fan with a brief reply after being asked who Liverpool should sign in January.

Contracted to Torino until the end of the season, it is unclear whether Liverpool would be able to make a formal approach while the England international is on loan with the Italian outfit.

Hart was ousted from City this summer as Guardiola believed he did not have the ability with the ball at his feet required to perform in his side, signing Claudio Bravo instead.

Liverpool could be ready to enter the market for a goalkeeper, amid doubts over current senior pair Loris Karius and Simon Mignolet.

German stopper Karius was dropped on Wednesday night in place of Mignolet, after two high-profile mistakes against West Ham and Bournemouth earlier this month.

Belgium international Mignolet kept a clean sheet during the 3-0 win against Middlesbrough, but a new goalkeeper could be high on the shortlist of manager Jurgen Klopp.

This season, Hart has kept three clean sheets in 14 appearances for Torino as they continue their good form to sit eighth in Serie A.

In other Liverpool transfer news, Klopp is reportedly eyeing a move for this versatile Anderlecht star.