Paul Robinson has claimed it will a major ‘personal blow’ to Troy Parrott to miss the remainder of the season for Tottenham having been on the fringes of the first team prior to the break.

The former White Hart Lane shot-stopper, speaking exclusively to Football Insider correspondent Dylan Childs, urged the 18-year-old to put his disappointment behind him and focus on being ready to challenge for a spot next season.

An update on the club’s official website on Saturday revealed that the young striker has undergone surgery to remove his appendix after medical staff found he had early signs of appendicitis.

Parrott will now begin his recovery before a return to training later in June.

Robinson sympathised with the teenager who was a regular substitute for Jose Mourinho in 2020.

“It is a blow for him personally because he has been chomping at the bit and knocking on the door this season. He was so close without actually getting a proper chance.

“Fans and pundits have been calling for him to be given a chance so it is unfortunate timing for him.

“You just hope that he can get himself fit and right for the start of next season.

“He can take some time out now to get right and focus on hitting the ground running next season and put the disappointment of this season behind him.” 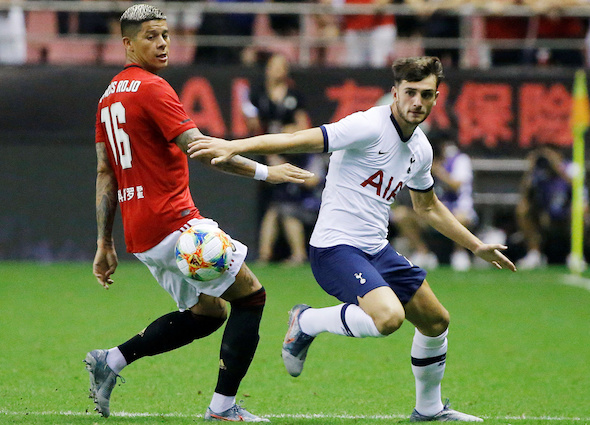 Parrott has made four appearances for the first team to date, all as a substitute.

For the Lilywhites youth teams, the striker has scored an impressive 11 goals in just seven games.