Darren Bent has claimed Mason Holgate returning from injury is “massive” for Everton.

Speaking exclusively to Football Insider assistant editor Russell Edge, the former England and Spurs striker delivered his verdict after the 24-year-old made his first appearance of the season against Manchester United.

The Doncaster-born defender suffered a toe injury against Preston North End in pre-season and had not made a Toffees matchday squad all season before the game.

Holgate had established himself as Carlo Ancelotti’s first-choice centre-back last season as he missed just four games after the Italian’s arrival last December.

And Bent believes Ancelotti will have loved to see Holgate return to his starting XI.

He told Football Insider: “It was massive to have him back.

“We know how important it is to Everton to their team and how much better they become with him for the last couple of seasons.

“He was been linked to Manchester City so you know he’s not an average player.

“It’s good to have him back.

“I like what they’re doing with him and Godfrey – both are young and English. The signs are good.

“Ancelotti is one of the best managers in the Premier League and he knows how to get it done.

“This season is going to be fascinating and are Everton are definitely one of those teams you’re looking at and think ‘hmm, this could be potentially the season where they go and achieve.'” 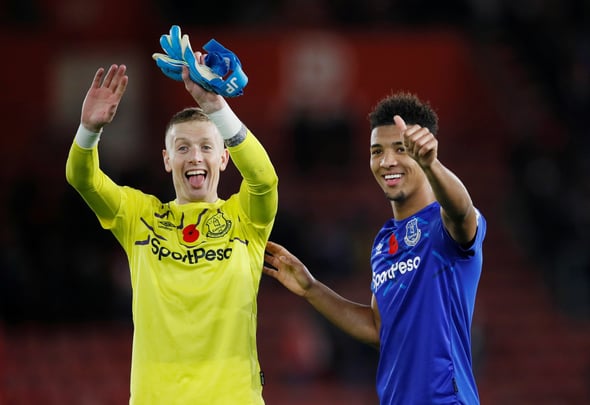 Holgate has played 81 times for Everton since making the switch from his boyhood club Barnsley in 2015.

Last season was his most productive for the Toffees, he played in 32 games across all competitions.

In other news, Kevin Campbell has savaged a £28million Everton man after his display against Manchester United.