Darren Bent has claimed that losing Damien Duff will be a “massive” blow for Celtic manager Neil Lennon.

Speaking exclusively to Football Insider, the former England striker suggested that the Parkhead boss will have been fully aware of the possibility that some of his key backroom staff could leave at some point, but will still feel the effects of the Irishman’s departure. 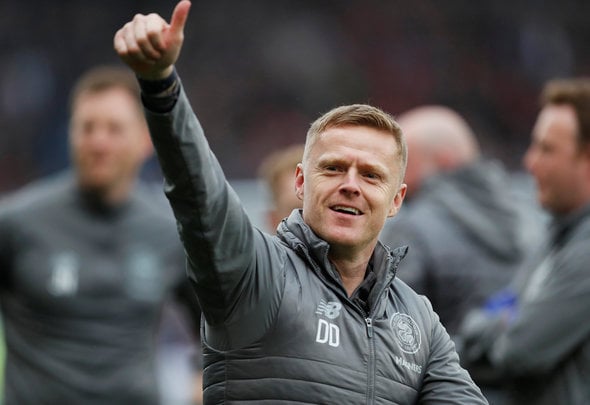 And Bent believes that his departure will be a disappointment to Lennon.

When asked how much of a blow Duff’s exit will be for the Bhoys during an interview with Football Insider, he said: “Massive, but you know what it’s like, it’s about opportunities.

“Someone like Neil Lennon, one of the top managers around, will understand that this is just the norm.

“When you’re a good coach and you’ve been very very successful, and you’ve got members of staff on your backroom staff who have been successful as well, they’re going to courted for others jobs. They’re going to have aspirations of getting top jobs as well.

“When you sit behind someone like Neil Lennon and you learn your trade, when a bigger opportunity comes, you’re going to take it. That’s just how it works.”

Duff initially joined Lennon’s staff as a reserve team coach in January 2019, before joining the manager in the dugout for the first team.

The 41-year-old earned 101 caps for the Republic of Ireland during his playing career, making his debut for the national side in 1998.

In other Celtic news, Pundit Exclusive: Hoops title would be ‘Forever’ remembered for wrong reasons.