Alan Hutton admits he can see a “massive difference” in Aston Villa starlet Jacob Ramsey since he trained alongside the teenager.

The former Villa and Scotland star, speaking exclusively to Football Insider assistant editor Russell Edge, has revealed that the 19-year-old was a model professional and did extra training drills with the likes of Tammy Abraham when he broke into the senior side.

Ramsey, who had made just two substitute appearances for Villa prior to this season, has already featured four times since the start of the new campaign. 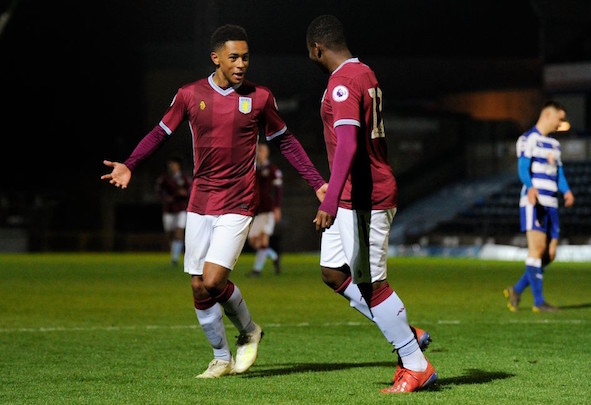 He made his Premier League debut from the bench against Fulham and has been a regular starter in the club’s League Cup games.

Hutton insists that Ramsey has worked hard to get to where he is and that he has developed significantly to break into the first-team squad.

Asked what Ramsey was like around the training ground, Hutton told Football Insider: “He was really down to earth, if I’m honest.

“He had his feet firmly on the ground, he looked like he had a really good upbringing, he wanted to learn, he wanted to listen, if the older boys gave him advice, he would take it on board.

“He was out doing extra training, I remember when Tammy Abraham and people like were there, out doing finishing, he wanted to go out and do the finishing with them so it shows you a real desire he’s got to improve as a player.

“From a year from when I was there, I can see a massive difference in him already, even physically as well. It looks like he’s ready to step up now and it’s up to him now to go and prove to the manager that he’s ready to step in.”

Ramsey, who is a graduate of Villa’s academy, spent the second half of last season out on loan at Doncaster Rovers.

He managed to play seven times and score three goals in League One before the 2019/20 season was cut short.

In other Aston Villa news, Alan Hutton has been wowed by a player going under the radar at Villa Park.