Noel Whelan has been left raving over Rangers goalkeeper Allan McGregor as he closes in on signing a new contract at Ibrox.

The former Aberdeen striker, speaking exclusively to Football Insider assistant editor Russell Edge, says that the 37-year-old’s experience has been a vital part of the club’s resurgence since his return to Glasgow last summer.

As revealed by Football Insider, the Light Blues are closing in on getting the Scotland international to pen a new deal and extend his stay with Steven Gerrard’s men, his current contract coming to an end in the summer of 2020.

Whelan says that having McGregor commit to another couple of years at Ibrox will be a big boost for Gerrard, highlighting how important his experience, both of being a goalkeeper and being a Rangers player, is for the side.

Whelan told Football Insider: “He knows the club already, so when he’s come back he knows what’s expected, he knows the pressures of playing for a big club like Rangers.

“I think for the players to have him in goal, with all that experience, it’s massive, you need those players. At 37 for a goalkeeper, he’s still got another three or four years left in him if he keeps himself fit.

“(The contract) is going to be a massive plus. Good goalkeepers are hard to come by.”

McGregor has been a mainstay for the Gers since returning to the club, playing 52 times in his first season back at Ibrox.

This campaign has seen him play 18 times across all competitions, with a total of 320 Rangers appearances across his two spells with the Glasgow giants.

In other Rangers news, Hutton claims that “fans will be buzzing” over Steven Gerrard’s admission about a “special” talent at Ibrox. 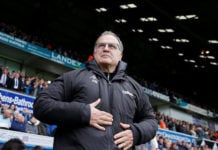