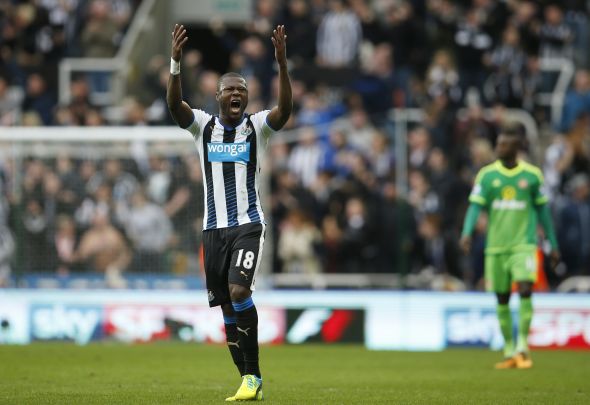 Arsenal are plotting a move for Congan defender Chancel Mbemba from Newcastle, according to a report.

HITC claim that Arsenal have switched their focus to Mbemba, 22, in their search for a centre-back due to his Premier League experience.

The Daily Star claimed last week that Valencia were interested in Mbemba, and were prepared to spend £7million to sign the defender just a year after his move to Tyneside.

The 22-year-old centre-back joined the Magpies last summer from Belgian giants Anderlecht in an £8million deal, signing a five-year contract on Tyneside.

Arsenal have had issues at centre-back since a long-term injury to Per Mertersacker ruled him out until the New Year and Gabriel Paulista is also sidelined for six weeks.

Newcastle’s number 18 made 35 appearances for the Magpies last season in both league and cup encounters, but couldn’t help his new side avoid relegation.

He’s played the last three Championship games under Benitez after sitting out the first game of the season, so it would be a definite loss to Newcastle’s first team and one that Benitez might be against making so close to the transfer deadline.

The DR Congo international, who was born in Zaire, was a key part of the 2015 side that took third-place in the African Cup of Nations and has 24 caps to his name.

In other Newcastle transfer news, there’s been a twist in their pursuit of a playmaker after his medical was lined up.