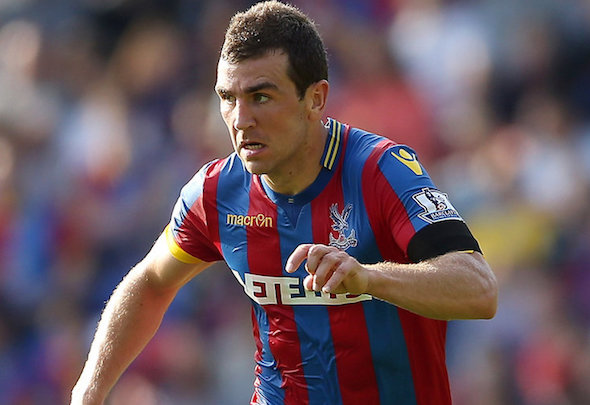 The football site claim that the Scotland international, 30, is the most likely player to move to the Glasgow giants in the main summer window following a blizzard of activity in January.

Glasgow-born McArthur has been a regular for most of the last four years at Palace since joining for £7.9million from Wigan in 2014.

The 32-times Scotland international has made 28 appearances for Roy Hodgson’s side this season, scoring an impressive five goals from his central midfield position.

Football Whispers, which gathers all transfer rumours across the globe and calculates the likelihood of them happening, rates it 2.6 out of five that McArthur will join Rangers, with five the highest possible ranking and meaning it is a certainty.

He is rated the most likely player to transfer to Ibrox in the summer, ahead of Preston North End striker Louis Moult (rated 2.1) and Kilmarnock midfielder Jordan Jones (rated 1.7).

Given McArthur’s age, profile and contract status, it is understandable why he is strongly linked with a return to his boyhood club. Glasgow-born McArthur was part of the Rangers youth set-up as a schoolboy but began his career at Hamilton Academical, for whom he made his professional debut in 2005 and was a member of the Scottish Division One title-winning squad in 2007-8. He has been a solid Premier League performer at Palace and former club Wigan Athletic, and he is so highly regarded by Hodgson that he has played the full 90 minutes of each of the London club’s last 10 league matches. McArthur is out of contract at Palace in the summer, so a transfer to Ibrox should not be ruled out.

Sources: Wesley not expected to be at Aston Villa next season as transfer plan revealed