Tottenham goalkeeper Hugo Lloris “will be tempted” by the prospect of linking up with Mauricio Pochettino for the second time.

That is according to ex-West Ham striker Frank McAvennie, speaking exclusively to Football Insider about a reunion between the Spurs skipper and his longstanding former manager.

Pochettino was appointed the new manager of Paris Saint-Germain earlier this week, 14 months after his lengthy spell as Tottenham manager ended with the sack. 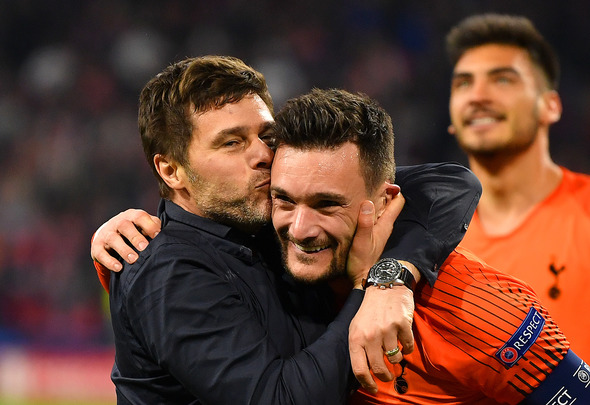 The 48-year-old is assessing his squad and identifying transfer targets, and one of those could be Lloris.

As Football Insider revealed on Wednesday, Pochettino and the Frenchman “lunched with one another every day” while together at Spurs and had a relationship far closer than that of a player and a manager.

The pair were described as “close friends” by one well placed source.

Asked by Football Insider if he could see Lloris heading back to his homeland to link up with Pochettino again, McAvennie said:

“Of course he will be tempted by the chance to return to France and play under Pochettino.

“Keylor Navas is decent but this is one of them situations. Pochettino will know once he gets training what he needs but come the summer, but I would not be surprised if Lloris joins them.”

Lloris has 18 months remaining on his contract at Tottenham, where he has been the established number one for nine years.

The France World Cup winner has made 346 appearances for Spurs and started all 16 of their Premier League matches this season.