Frank McAvennie is baffled by some of the decisions John Kennedy has made with his Celtic team selections recently.

The former Celtic striker, speaking exclusively to Football Insider, is confused as to why loanees have been starting over players who will still be at the club next season.

In recent weeks, Diego Laxalt, Jonjoe Kenny and Mohamed Elyounoussi have all started games as their respective loan deals get closer to expiring. 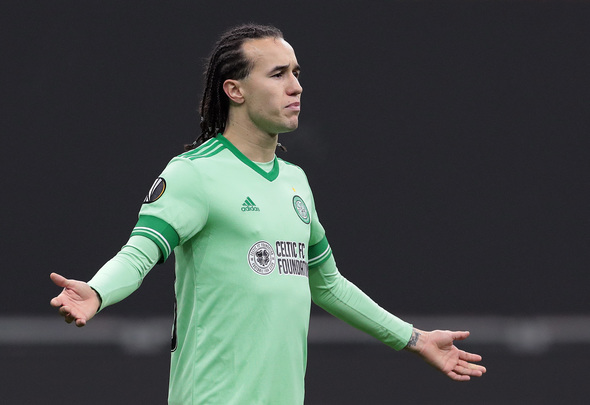 Scott Brown has also been ever-present despite his announcement that he’ll be leaving the club at the end of the season.

McAvennie has criticised Kennedy’s recent team selections in general but admitted the Hoops boss only has limited options.

“The loan players are going back so why not play the lads who’ll be here next season,” McAvennie told Football Insider correspondent Ben Wild.

“I get it with Scott, he’s never not going to give 100% but I think he’d understand if someone like [Ismaila] Soro played ahead of him.

“Callum McGregor’s not played well and he’s not been left out, he’s not missed a game for three years.

“I’d have loved to have seen Soro and [David] Turnbull in the midfield but if you leave the loanees out and the players who might not be here next year you’ve not got a team.

“I’ve never seen so many changes of personnel in one season, it’s crazy.”

Kennedy has been in charge of the Celtic first team since Neil Lennon stood down at the end of February.

The club is still yet to appoint a new manager despite two months of searching with the end of the season and the summer transfer window fast approaching.

In other news, McAvennie is gutted that one Celtic player could quit the club this summer.