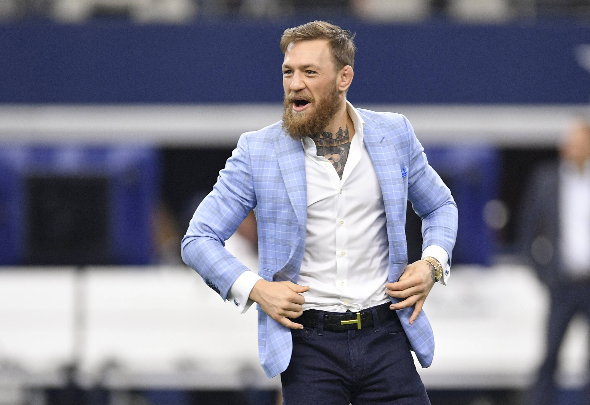 It would be “incredible” and “good fun” if Conor McGregor bought Dermot Desmond’s Celtic shares but it seems unlikely.

On Monday, the UFC fighter claimed he had spoken to someone about acquiring Desmond’s Celtic shares.

A conversation came up regarding Celtic first to be honest. To acquire shares from Dermot Desmond. I am certainly interested in acquiring a sports team at some stage!
Both Celtic and Man United are teams I like for sure. But I am open. I feel I could do big things for a club. https://t.co/KgD9qnYipP

In a tweet, he said, “A conversation came up regarding Celtic first to be honest. To acquire shares from Dermot Desmond.”

He then stated that Celtic are a team he likes ‘for sure’.

In April, McGregor sold a stake in his Whiskey brand for £600million with that money split between him and other investors. [Independent]

McAvennie insists he hasn’t heard anything about Desmond wanting out at Parkhead but admitted McGregor’s Celtic would be good fun.

“It’s all hype, good publicity. Conor is brilliant in his field and he’s got the brass neck that goes with that.

“I’m not sure if he’s got the money. He’s an intelligent guy, even if he has been battered around the ring a few times.

“I’m not sure someone his age wants to put money into Celtic, or any football club for that matter.

“It’s a labour of love and Conor is a man for making something happen. It would be incredible for Celtic but I don’t see it happening.

“Can you imagine him walking into the boardroom doing his McGregor walk? It would be good fun.” 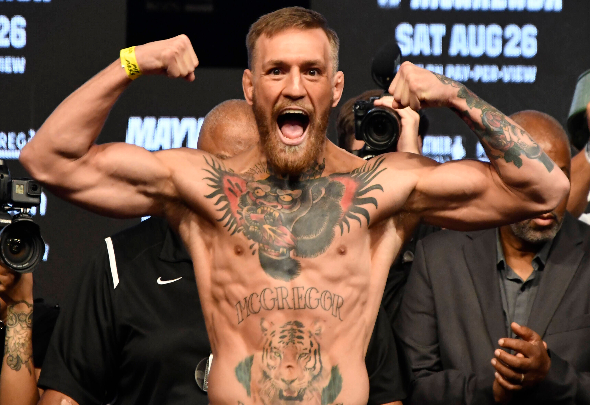 This week, Forbes named McGregor as the highest-paid athlete in the world after raking in roughly £128million in the last year.

Celtic’s season will end with a trip to Hibernian on Saturday.

In other news, Celtic tipped to sign defensive powerhouse this summer after big  development confirmed.