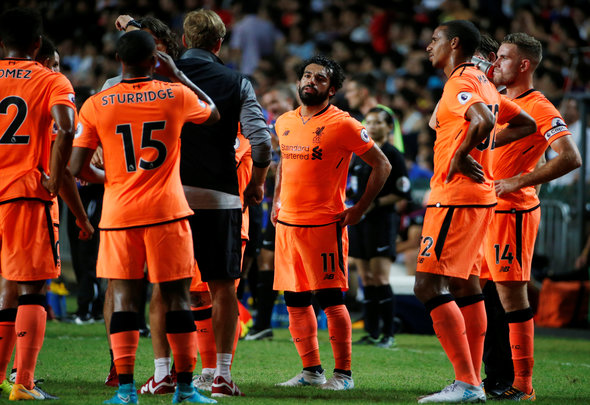 Liverpool beat FC Porto with a resounding 5-0 win in the Champions League on Wednesday night.
The win makes the Reds all but certain for the next round of the competition as Jurgen Klopp looks to make his side six times winners in Europe.
But after the game, Terry McDermott took to his Twitter account to say that Mo Salah may be a better player than he was but when it comes to matters of the follicles, he will not be beaten in the hair stakes.
McDermott, who won the European Cup with Liverpool on three occasions wrote on Twitter: ‘Ok @22mosalah I accept your a better goal scorer than me but your curly barnet will never be better than mine!! #lfc.’

Ok @22mosalah I accept your a better goal scorer than me but your curly barnet will never be better than mine!! #lfc

In a game that many would have thought Klopp would have wanted to keep it tight and not give anything away, the Merseysiders tore into their opponents, not giving them a moment on the ball, and went on an all-out attack.
Liverpool were 2-0 up inside the first thirty minutes through Sadio Mane and Mo Salah.
Two more goals from Senegalese international and one from Roberto Firmino put any chances of a Porto revival to bed.
Salah’s form since his summer switch to Anfield from Roma has been incredible and the 25-year-old has scored 31 goals in 38 outings across all competitions this season.
In other Liverpool news, Klopp states there is one massive positive from the sale of Coutinho.