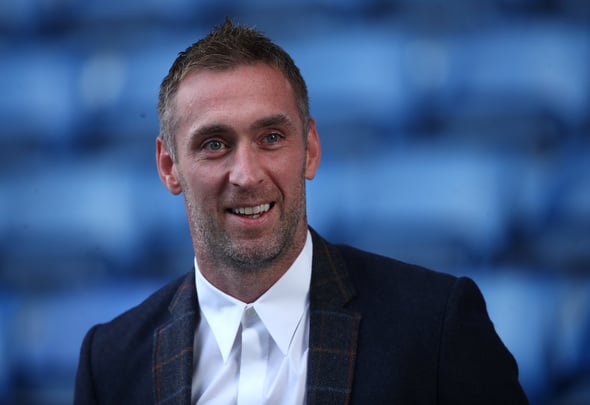 Allan McGregor is planning to sign a new Rangers contract that will keep him at the club beyond his 40th birthday, Football Insider has learned.

The 39-year-old goalkeeper’s current one-year deal is set to expire at the end of the season.

Steven Gerrard revealed earlier this week that the club are in talks with McGregor over an extension and hope he will put pen to paper.

Ibrox sources have told Football Insider that McGregor has privately indicated to friends he will sign the extension and stay on for another year.

That will be a huge boost to Gerrard, Rangers and the supporters who have been hailing him this week as Scotland’s greatest-ever keeper.

He produced a world class save to keep out the hosts in the dying minutes of their last-16 tie that many subsequently called one of the greatest ever.

Football Insider revealed in December that Gerrard believes the ex-Scotland number one can continue to perform at the highest level and had given the green light to an extension.

McGregor has played some of the best football of his career since returning to Ibrox for a second spell on a free transfer in the summer of 2018.

He has been instrumental in Rangers’ resurgence under Gerrard and is firmly established again as the number one after fighting off a strong challenge for his place from Jon McLaughlin earlier in the campaign.

McGregor has played 386 matches for the club he joined as a schoolboy and also had a distinguished spell at Hull City as well as shorter ones at Besiktas, Cardiff City and Dunfermline Athletic.

In other news, a BBC pundit rages at ‘disgrace’ after Minister shares dire update on Celtic v Rangers clash.