Connor Hazard needs to have “massive expectations” of himself after signing a new contract with Celtic, according to Alex McLeish.

The former Scotland boss, speaking exclusively to Football Insider, compared the demands on youngsters at Parkhead to those Pep Guardiola has at Manchester City.

As confirmed on Wednesday, Celtic have tied the 22-year-old to a new deal until 2023.

📝 We are delighted to announce goalkeeper @ConorHazard1 has signed a new two-year contract that will see him remain at the club until at least the summer of 2023! 🧤#CelticFC 🍀 #Hazard2023

The promising shot-stopper made his full debut against Lille back in December and has made five Premiership appearances since.

He also helped Celtic pick up the 2020 Scottish Cup, saving twice in the penalty shoot-out win over Hearts.

McLeish admitted it was “great” to see a young talent emerging at Celtic and insisted he needed to be knocking on the door for a first-team place.

“We’ve seen the kid at Rangers coming through too, Patterson. It is difficult for those clubs to bring phenomenal players like Hazard through year in, year out.

“When you hear Guardiola talking about Man City and the levels that the youngsters that make the grade they are, they have to be at an enormous standard of quality.

“That is, I would say, similar for Rangers and Celtic players. They have to come through with massive expectations. 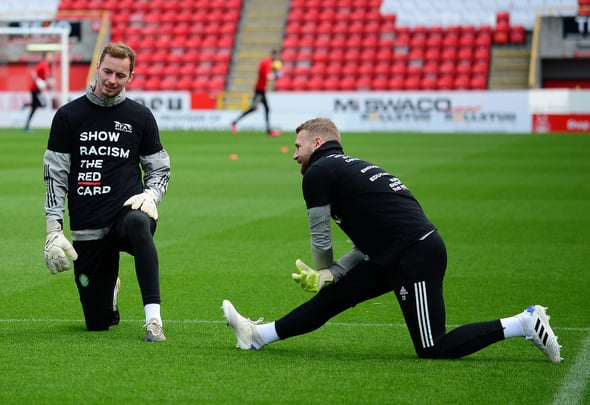 “That is the kind of pressure they will immediately come into.”