The forward, 19, is on the verge of ending his loan spell at Plymouth Argyle to head back north of the border to join the Scottish Championship outfit.

Ibrox sources have told Football Insider that the terms of the deal are agreed and Zudden is set to undergo a medical to get it completed. 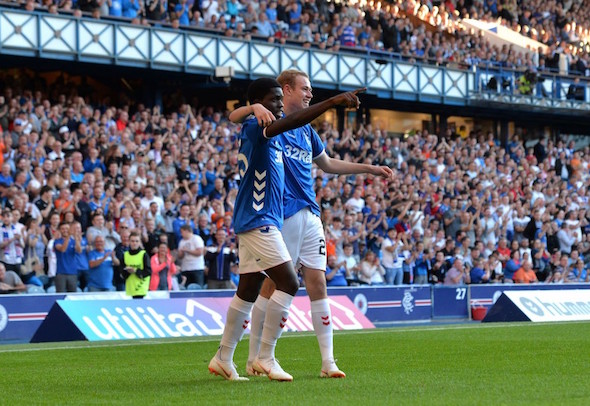 It will bring an end to his time at the Glasgow giants, where he has graduated from the youth ranks but failed to make a senior appearance.

Rudden signed a contract extension last June but that expires in the summer.

Steven Gerrard has given the green light for the teenager to leave Ibrox as he does not figure in his first-team plans.

Rudden has made seven league starts among 18 appearances for Plymouth in the first half of the campaign, scoring three goals.

He demonstrated last season he can score prolifically in Scotland, netting 12 times from 31 matches while on loan at Championship outfit Falkirk.

📝 CONTRACT EXTENSION: #RangersFC are delighted to announce that @RFC_Youth striker @zakorudden has signed a new contract.

Argyle have bolstered their attacking options by bringing in former Rangers forward Ryan Hardie on loan from Blackpool, which opens the door for Rudden to join Ian McCall’s struggling side.

McCall’s side are third from bottom of the Scottish second tier ahead of the home visit of runaway league leaders Dundee United today.

In other Rangers move, it can be REVEALED that there has been a major development in the club’s bid to sign red-hot striker from English team.