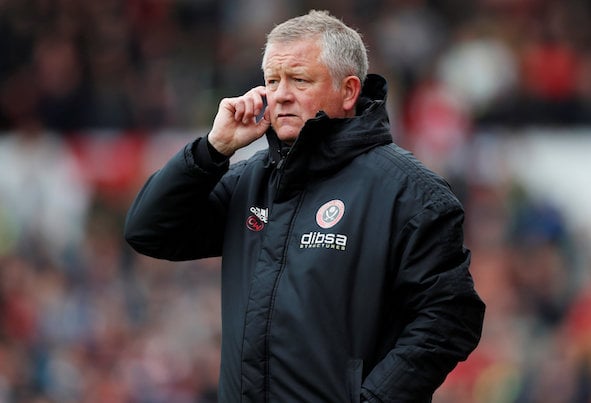 Sheffield United are the mystery club to have had a bid accepted by Preston North End for attacker Callum Robinson, Football Insider understands.

Preston have confirmed they have accepted an undisclosed bid from an unnamed club for Robinson and he has been allowed to leave the Championship side’s training camp in Ireland to complete a move.

A United source has told Football Insider have learned that Sheffield United are the club in question, and he is now set to hold talks to discuss personal terms and undergo a medical at Bramall Lane.

The source explained that the Blades have beaten Norwich City to the signing of Robinson by agreeing a £6million plus fee with Preston for the 24-year-old.

He will become Sheffield United’s third new signing of the summer after Luke Freeman and Phil Jagielka if he agrees terms and passes his medical.

Robinson, a versatile forward who can play anywhere across the front line but is predominantly at left winger, heads to the Premier League after three years at Preston.

The six-times international scored 13 goals from just 28 matches last season and has an excellent record in the Championship, with 130 games yielding 32 goals and 16 assists.

In other Sheffield United news, it can be REVEALED that Birmingham City, Hull City and Wigan Athletic are plotting bids to sign one of Chris Wilder’s strikers.