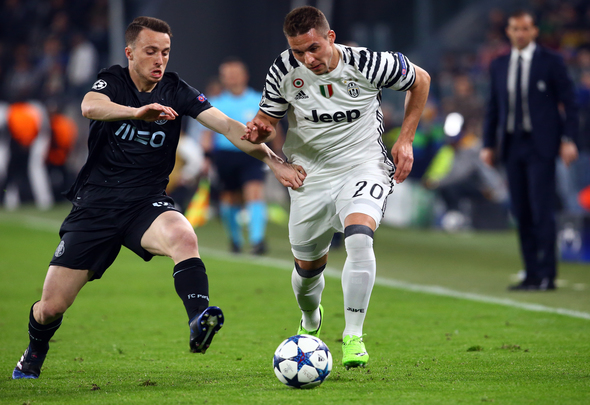 Wolves are on the verge of signing Atletico Madrid attacker Diogo Jota on a season-long loan, according to a reliable journalist.

Freelance reporter and former Express and Star correspondent Tim Nash claimed on his personal Twitter account on Friday morning that the 20-year-old has jetted into England in order to undergo a medical and hold talks with the Championship outfit.

Jota, 20, flew in to England last night and is set for a medical and talks. Spent last season on loan with Porto, scoring 6 in 27 lg games.

It is understood that Jota is a friend of Wolves’ new defender Roderick Miranda and manager Nuno Espirito Santo is “massively excited” about the attack-minded winger’s imminent arrival.

Jota played for Nuno while he was on loan at Porto last season and scored nine goals and supplied seven assists in 38 appearances across all competitions for the Portuguese titans.

He even found the net in the 5-0 mauling of former Premier League champions Leicester in the group stages of the Champions League before featuring against eventual finalists Juventus in the knock-out stages.

A friend of Roderick Miranda, Jota is said to be a combo of Helder Costa and Ivan Cavaleiro in style and the type to lead @Wolves to the PL.

Nuno is massively excited about the prospect of Jota playing for @Wolves and reckons he will be a huge hit.

The ten-times Portugal Under-21 international has never made a senior appearance at Madrid-based outfit Atletico, but only signed for them from Pacos Ferreira last summer on a five-year deal.

Wolves have shown no signs of slowing down their progress this summer and Jota’s arrival is probably the second most exciting scoop of the window. It will take a lot to beat the signing of Ruben Neves, but Jota offers a lot more to the Wolves attacker as he can play on both wings or in a No 10 role behind a striker. This still doesn’t solve Nuno’s problem of signing an out-and-out striker. Jon Dadi Bodvarsson has left leaving Joe Mason and Nouha Dicko as the only traditional spearhead options. That has to be Wolves’ next step in this transfer market, because there’s no use in having all these playmakers if they have no one to supply.

In other Wolves news, the club have confirmed the signing of this defender.