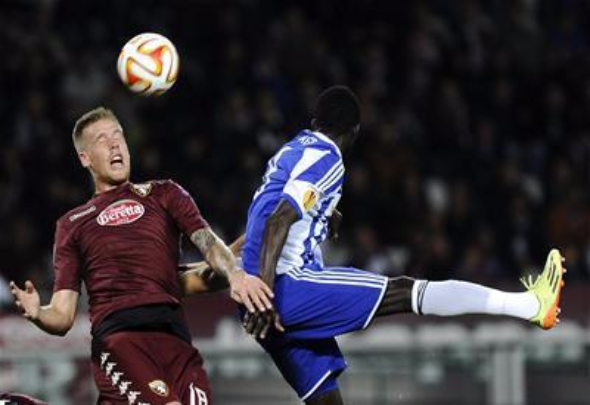 Defender Pontus Jansson began a Leeds medical on Wednesday ahead of completing a loan move to the club, according to a report.

It is said that Jansson was in the crowd as Leeds fought out a 1-1 draw with Fulham at Elland Road on Tuesday night.

Jansson is an eight-time Sweden international and worked with United assistant manager Pep Clotet at Malmo earlier in his career.

He was named in Sweden’s Euro 2016 squad and and is widely expected to become a regular for the national team under new manager Janne Andersson.

Jansson moved to Italy from Swedish side Malmo in the summer of 2014 in a free transfer move and played just nine matches for Torino last season.

Leeds boss Garry Monk has revealed he is keen to strengthen his side after taking just one point from his team’s opening three Championship matches.

The former Swansea manager has already bolstered his defence with the additions of Kyle Bartley and Luke Ayling this summer and has made nine senior signings in total this summer.

Jansson could now become the 10th after Monk admitted on Tuesday night that there will be new recruits before the 31 August cut-off.

“You know I won’t discuss names but we are looking to strengthen and bring in more players,” Monk told BBC Radio Leeds post-match programme.

Leeds completed their latest deal on Tuesday morning when they finalised the permanent transfer of Liam Bridcutt from Sunderland.

In other Leeds transfer news, their target is handed a trial after being released by a Premier League club.