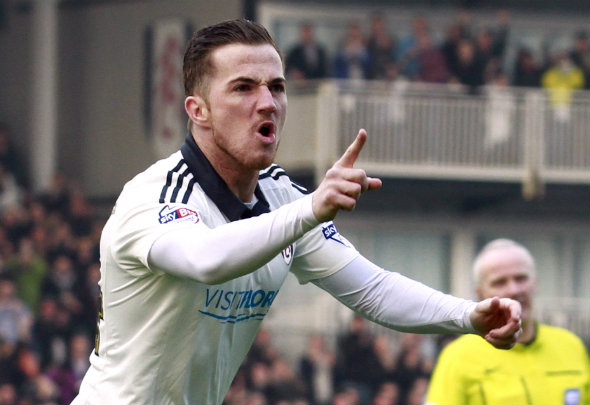 Aston Villa have had a £12million bid for striker Ross McCormack accepted by Fulham, according to a report.

Sky Sports claimed on their transfer centre blog on Wednesday morning (7.20am) that McCormack is expected to undergo a medical later in the day.

This comes after the broadcaster claimed on their Twitter account on Tuesday afternoon that the Midlands club had made a formal offer for the prolific front man.

Former Leeds fan favourite McCormack has been linked with a move away from Craven Cottage after the London side finished 20th in the Championship last season.

McCormack, who has 13 Scotland caps to his name, has been strongly linked with a move to Championship rivals Norwich this summer.

However, Sky claim that Fulham have rejected a £10million bid from Alex Neil’s side for their 21-goal top scorer of last season.

Villains manager Roberto Di Matteo is now set to steal McCormack from Norwich’s clutches as he aims to give his side some bite up-front.

The Midlands club have openly spoken about adding a striker to their ranks after relegation last term which saw them find the net on only 27 occasions.

Doubts over the future of Jordan Ayew has also led to Di Matteo taking action, and both Bamford and McCormack seem to be at the top of his striker wishlist.

In other Aston Villa transfer news, this 26-year-old is also set to undergo a medical after agreeing a move.