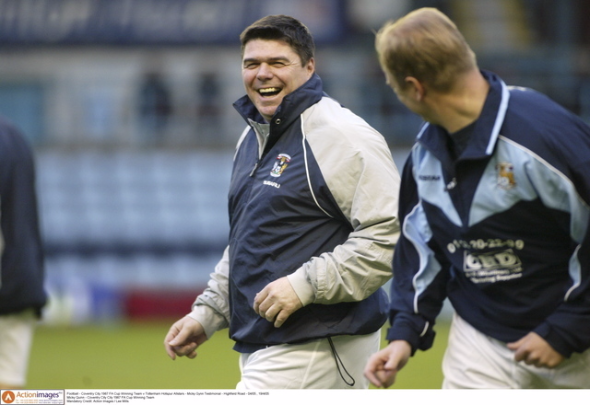 Micky Quinn has revealed that Liverpool could be in for a busy summer with players heading in either direction.

The Merseyside giants are currently going through a slump after a very impressive start to the campaign.

Problems in the defensive areas as well as the goalkeeper positions have seemingly resurfaced, while the forwards including the usually reliable Daniel Sturridge are now struggling in front of goal.

Now, former Newcastle forward and Reds supporter Quinn has shared that he’s been told that both Sturridge and Simon Mignolet could be leaving with Joe Hart incoming.

Meanwhile, the radio pundit has also shared that there’s enough money to bring in a number of high profile players at the club.

“What I know is that Sturridge could be on his way,” started Quinn speaking on Tuesday morning’s Alan Brazil’s Sports Breakfast show on TalkSPORT.

“Mignolet could be on his way. In could be coming Joe Hart and like I said there’s a lot of money to go on five to six high profile players. Read into that what you want.

“They’re going to be very positive in the summer. Klopp knows what he needs as well. That squad this season is not strong enough to win the league. Hopefully it’s strong enough to be in the top four.”

Sturridge✖️
Mignolet ✖️
Joe Hart ✔️@mickquinn1089 has heard that Klopp could splash the cash during a summer of BIG change at #LFC… 🔴 pic.twitter.com/PfCilZ4fwl

Liverpool had a busy last summer, bringing in six senior players while also letting as many as 14 players leave the club.

However, they failed to bring in a single player during the January window, which has brought criticism from the club’s fans given the recent poor form.

Manchester City goalkeeper Hart would certainly be a realistic signing for the Reds and would surely be welcomed by the Liverpool fan base.

The 29-year-old lost his place as the City’s number one following the summer appointment of Pep Guardiola, but with two Premier League titles to his name alongside four golden gloves he could finally be the one to improve Liverpool’s goalkeeper woes.

It is looking increasingly unlikely that Liverpool will make this season’s top four, but they will be severely disappointed if they don’t even finish in the Europa League spots. For the club to compete in Europe it will need a bigger squad and another overhaul is needed for the Reds for the second summer in a row. Senior players such as Sturridge, Mignolet, Danny Ings, Divock Origi and Ragnar Klavan are no longer good enough to play for a team like Liverpool and must be sold on if the club holds aspirations of winning the title.

In other Liverpool transfer news, the Reds are leading the race for this £15million-valued defender.