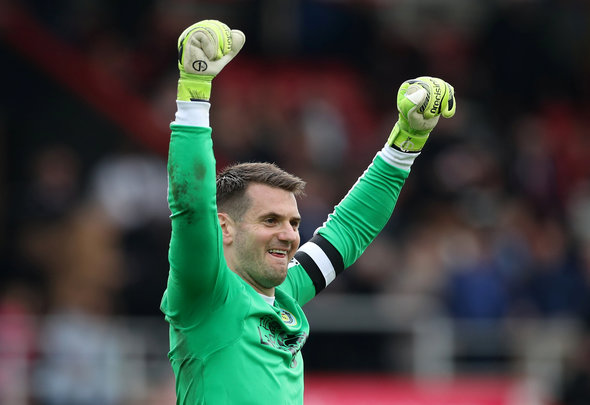 Danny Mills has suggested that Burnley goalkeeper Tom Heaton would rather move to Aston Villa than Liverpool this summer in his hunt for first-team football.

Speaking exclusively to Football Insider, the former England and Leeds United defender claims that playing time will be the priority for the England international and that he will be a man in demand should he leave the Clarets.

As revealed exclusively by Football Insider, the Villans are preparing a second bid for the 33-year-old shot-stopper after seeing an initial offer rejected.

Premier League giants Liverpool have also been linked with a move for the Burnley keeper but Mills thinks that Heaton would turn down the Reds if it meant playing regularly at Villa Park.

Mills told Football Insider: “Tom Heaton – outstanding keeper. He’ll want to play first-team football and I would have thought there would be a lot of teams on the radar for Heaton to go.

“I think he’s a fantastic goalkeeper, very assured, very steady and I’m sure there will be more than three or four clubs interested in his signature.

“I’m not convinced the Liverpool one would be a good move. At this stage of his career he wants to play football, he doesn’t want to be a number two, that’s not what he’s after.

“I think if he’s got the opportunity to play first-team football (at Villa), I’m pretty sure he’ll go down that route.”

Heaton has 96 Premier League appearances and three England caps under his belt, with 19 of those league outings coming last season.

He came back from injury to sit on the bench for the first half of the campaign before establishing himself as Sean Dyche’s first choice between the sticks from the turn of the year.

In other Aston Villa news, it can be REVEALED that one of the club’s attackers is in advanced talks to join Merseyside club.