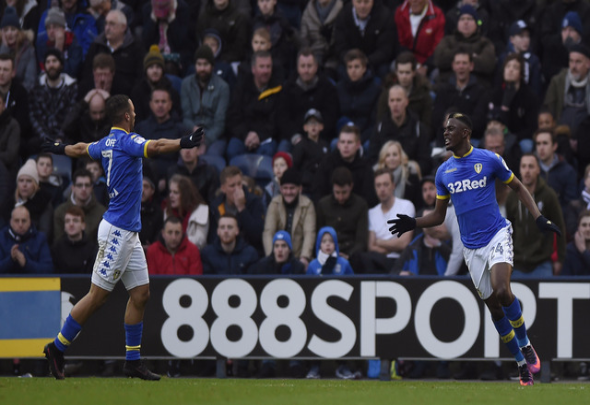 Garry Monk has revealed that Leeds’ coaching staff do not think Kemar Roofe’s rib injury is “anything serious”.

It was reported that Roofe underwent a scan on Monday amid fears he could face a lengthy spell on the sidelines.

The attacking midfielder was absent from Sunday’s 2-1 defeat at Huddersfield with the problem that had initially been sustained in last Wednesday’s 2-1 against Blackburn at Ewood Park.

Roofe was withdrawn after an hour last week but the Yorkshire Evening Post report that he trained in the build-up to the trip to the John Smiths Stadium before out of the squad after complaining of pain in a session at the club’s training headquarters.

Monk spoke for the first time about the background to the 24-year-old’s injury and the expectation that it will only be a short-term problem.

“On Wednesday he had a bit of a rib injury and he was feeling it in training (on Saturday),” the manager said, as quoted by the Yorkshire Evening Post. “It was more precautionary than anything but he’ll be having a scan. We don’t think it’s anything serious.”

That will be a boost for Leeds as they aim to get their season back on track following the defeat at Huddersfield, which ended with ugly scenes sparked by a managerial altercation between Monk and his counterpart David Warner.

Roofe has been a regular member of Monk’s starting line-up since a difficult acclimatisation at Leeds following his move from Oxford after they were promoted from League Two last summer.

The attacking midfielder was in line to make his 20th league start at the John Smith’s Stadium, and what would have been his 36th appearance in all competitions.

He has become increasingly influential either side of the new year, scoring three goals and supplying six assists.

In other Leeds team news, fans have reacted hilariously to Gaetano Berardi’s role in the late brawl against Huddersfield.