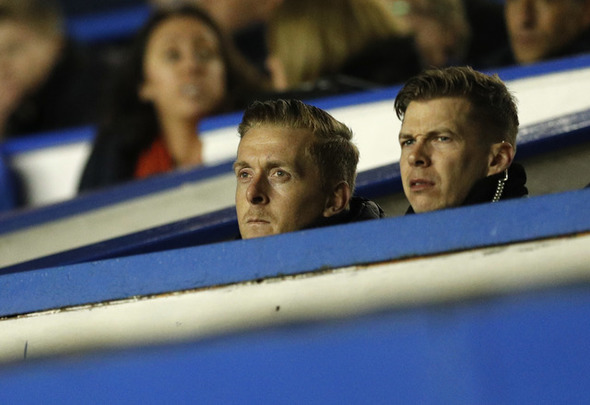 If it was already not abundantly clear, it is plain to see where Garry Monk believes Leeds need strengthening.

Not in defence, certainly, where the third meanest backline in the Championship have revived memories of the Rio Ferdinand-Jonathan Woodgate glory days.

Or in attack, where Chris Wood, the division’s top scorer, has become devastatingly clinical.

There are certainly question marks over the central midfielders, who are gritty and physical but add little in terms of creativity or goalscoring.

But it is in the attacking midfield positions where Leeds are most lacking.

The over-reliance on Wood, who has scored 22 of the team’s 50 league goals, has highlighted the failings of the roster of support attackers.

But none is delivering the goods match-in, match-out in the same way as Wood and defensive titans Pontus Jansson and Kyle Bartley.

The Sun report that the Championship promotion hopefuls have already opened talks with the winger, 20, as Monk aims to make him his first summer signing amid strong competition from Bournemouth.

Kent does not have stats to die for – two goals and two assists from 38 appearances during his season-long loan at second-tier Barnsley is nothing to write home about – but he is ideal for Monk, and vice versa.

The youngster is a technically adept left winger, who is mobile, tricky and has the potential to improve quickly under the right coaching staff.

Monk, Pep Clotet and James Beattie have showed at Leeds and Swansea their skill in developing young players and drilling them to fit their style of play.

Kent could be a fine addition for Leeds, whether they are in the Championship or the Premier League next season.

His chances of making it an Anfield appear slim – he has made just one senior appearance to date – and the likes of Ovie Ejaria, Ben Woodburn and Trent Alexander-Arnold are above him in the pecking order of emerging stars at the club.

Kent is not a star yet, but he could develop into one at Liverpool under Monk’s guidance.