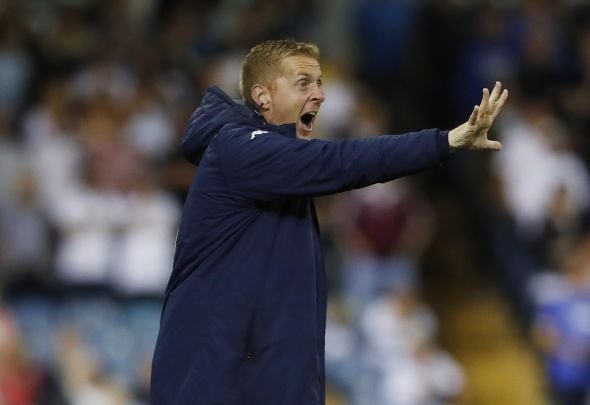 Garry Monk believes Marco Silvestri showed the type of character that is required at Leeds following his penalty heroics on Tuesday night.

Italian goalkeeper Silvestri saved three penalties as the Whites beat Norwich 3-2 via a shoot-out to progress through to the quarter-finals of the EFL Cup in midweek.

The 25-year-old has failed to make a Championship appearance for the Elland Road club this term, as Monk has opted for the experience of Rob Green.

Nonetheless, Monk’s side were in top form, largely thanks to Silvestri, who helped the Yorkshire club book an away trip to Anfield in the next round.

Former Premier League manager Monk praised the character shown by his player, as he stated what is required to be a first-team player.

“My job when I first came here – not knowing the players 100 per cent and not knowing them fully, not just football-wise but personality and everything – was to do things that test them,” said Monk, as quoted by the Yorkshire Evening Post.

“When you put these players in a squad and you put them out onto a pitch, you can trust them.

“Marco showed a great reaction after Ireland and I brought him back into the squad and he is doing very well – it was an excellent performance on Tuesday and that’s what you want.”

The former Premier League keeper has kept four clean sheets in the league, while his understudy has kept two in the cup fixtures.

In other Leeds team news, manager Garry Monk has this Twitter message for supporters ahead of the Burton Albion clash.