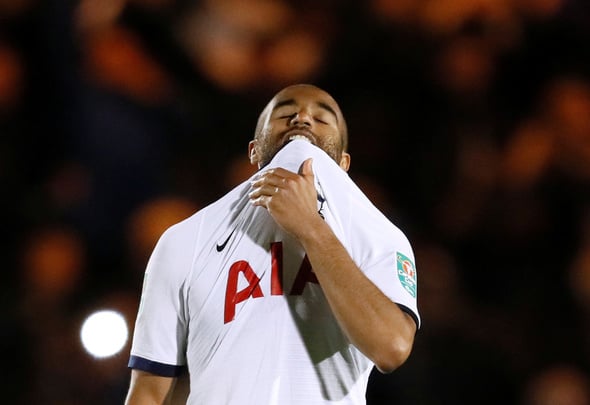 Lucas Moura was left “devastated” when told by Tottenham they were willing to sell him in the summer, Football Insider understands.

The Brazil international, 27, was among a group of senior players put up for sale by Spurs in the last window as they looked to fund a major rebuild.

A Tottenham source has told Football Insider that Moura was “devastated, shocked and angry” by the news so soon after his astonishing Champions League semi-final heroics against Ajax.

Mauricio Pochettino had given the go-ahead for the Londoners to listen to offers for Moura as he was concerned about the inconsistency of his performances.

In the event, the 35-times international ended up staying at Tottenham along with others who could also have been sold, like Christian Eriksen, Toby Alderweireld, Serge Aurier and Danny Rose.

He will now be given a fresh start by new manager Jose Mourinho and is likely to be energised by a change of coaching personnel.

Moura has made just five Premier League and Champions League starts out of a possible 16 this season, with Harry Kane and Son Heung-Min the first choice forwards under Pochettino.

His 13 matches in all competitions have yielded just two goals and one assist, a far cry from his heroics at the end of last season.

Moura produced one of the greatest individual performances in Spurs’ history as his second half hat-trick, capped by a sensational 96th-minute winner, catapulted the club into their first Champions League final.

The forward was then dropped from the team for the final against Liverpool in favour of a far-from-fully-fit Kane.