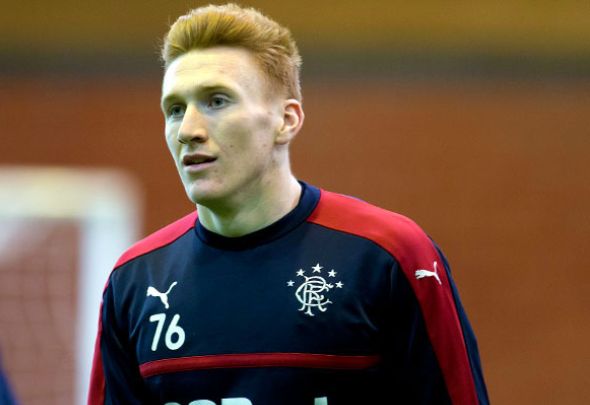 Interim Rangers boss Graeme Murty has revealed senior duo Danny Wilson and Bruno Alves picking up injuries over the last few days is an opportunity for other Ibrox defenders to “step up.”

Alves suffered a knee injury in training in the build-up to Sunday’s win over Aberdeen while Wilson had to be replaced at the break after suffering a head injury in the first-half.

The absence of Portugal international meant 21-year-old defender David Bates made his first appearance since the Europa League knockout by Progrés Niederkorn.

After playing 45 minutes beside Wilson – who opened the scoring for the Ibrox side – Bates then partnered Fabio Cardoso as the Portuguese centre-back made his return from a broken nose.

Murty insisted that while the Gers players and staff felt “sorry” for Wilson, they had to view it as an opportunity to stake their own claim for a place in the side.

“Danny has a head knock; he was struggling to see with his vision so medically we had to take him out,” Murty said, as quoted by the club’s official website.

“It was absolutely the right thing to do, we were sorry for him but with Bruno going out and Danny going out it gave other people an opportunity to step up.

“David Bates got man of the match from Sky Sports and Fabio came on and won headers and won battles.

“The guys who came in did well, albeit we will be checking the other two medically and seeing how soon we can get a fully fit squad back together.”

The Gers return to action against Ross County on Saturday afternoon in the Scottish Premiership and could start with yet another different defensive partnership after already using seven different pairings so far this season.

With Lee Wallace also missing for the last two months after groin surgery, the Gers have had more than their share of defensive injuries this season.

In other Rangers news, Alan Brazil has claimed that this Premier League chief has firm interest in a role at Ibrox after a £300million bid is made.