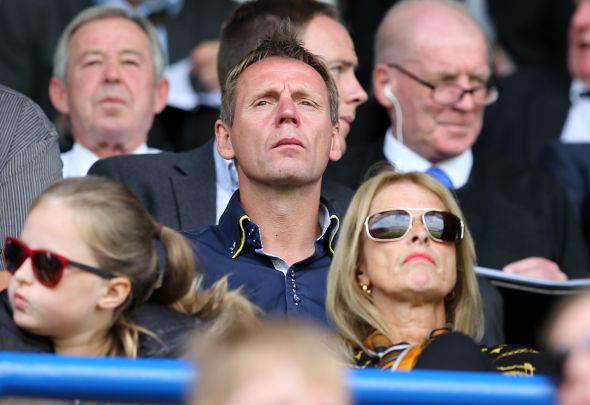 West Ham legend Neil Ruddock believes Stuart Pearce will give the Hammers exactly what they need  a “kick up the backside”.

The retired footballer phoned into TalkSports Alan Brazil’s Sports Breakfast (Monday 9:21) to share his opinion on what is happening at his former club.

He said: “Pearce won’t have to say anything, he’ll just have to look at them.

“He’ll get on the pitch and kick them up the backside, I think that’s what they need.”

Stuart Pearce was confirmed alongside Alan Irvine as an assistant coach under David Moyes at West Ham, with Billy McKinlay also expected to be joining the staff in the next few days.

West Ham are 18th in the Premier League after 11 games and have not won any of the last four leagues games.

The 4-1 defeat courtesy of Liverpool proved to be last game for Slaven Bilic who was dismissed as manager following the result.

Moyes was appointed as Hammers boss on November 7 and is set to oversee his first game against Watford on November 19.

This is Moyes’ first managerial position since he left Sunderland in May 2017 following their relegation from the Premier League.

Ahead of his time at Sunderland, the Scottish manager had unsuccessful spells at La Liga’s Real Sociedad and Manchester United.

In other West Ham news, this respected journalist has expressed his fears for Moyes at the London Stadium.