Noel Whelan claims that the international break has worked in Raphinha’s favour ahead of a possible Leeds United debut against Wolves on Monday night.

The former Leeds striker, speaking exclusively to Football Insider assistant editor Russell Edge, insists that the two-week break between Premier League games will have allowed the new signing to get up to speed with the intense demands of Marcelo Bielsa.

Speaking at his pre-match press conference, as relayed by the Yorkshire Evening Post, The Argentine boss confirmed that the 23-year-old was set to be included in Monday’s matchday squad.

Raphinha's adaptation has been 'instant' at Leeds United. Has earned a place in Monday's squad. Bielsa delighted.https://t.co/LO2xKUe2WQ#lufc

The summer signing is yet to feature for the Whites as he signed after their last domestic match against Manchester City.

Whelan believes that the international break has been a blessing for the Brazilian winger and admits it is hugely impressive he has managed to get up to speed so quickly.

Whelan told Football Insider: “He’s a great signing, it’s good news, how long have we seen record signings sit on the bench or not be involved at times?

“I think the good thing is we signed him before the international break, helped him get up to speed with the training methods and everything required from Marcelo Bielsa.

“I think that’s helped him that we brought him in before the international break or else we wouldn’t have seen him straight away in a Leeds United shirt. He’s a great addition, I very much doubt he’ll start the game but he’ll be a great option off the bench.” 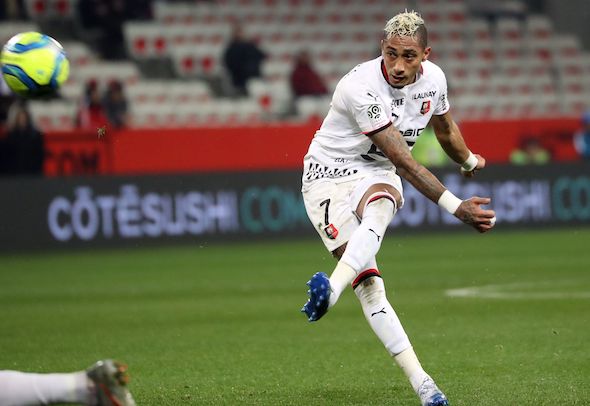 Raphinha scored in his last game for Stade Rennais and featured in all six of his old side’s league games this season.

Bielsa will also be able to welcome back Jack Harrison to the side after being ineligible to face parent club Manchester City.

In other Leeds United news, Football Insider has revealed the details of a £200million-plus bill at Elland Road.