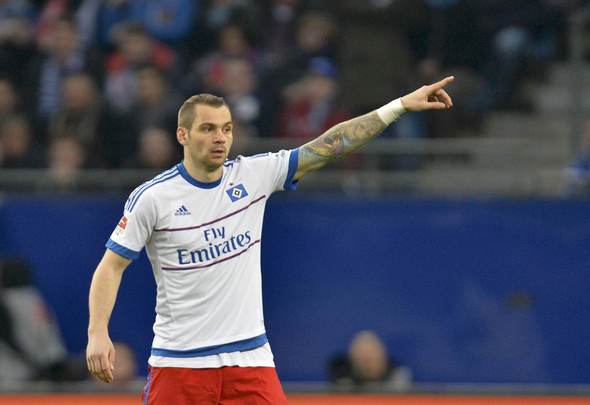 New Leeds striker signing Pierre-Michel Lasogga has told that he likes to be the “typical no. 9,” contributing goals and assists, while also fighting for the club.

The 25-year-old former Germany Under-21 international completed a deadline day move to the north of England on a season-long loan deal from Bundesliga outfit Hamburg and was considered quite a coup.

Last season the striker did struggle in front of goal in the German top-flight, bagging just twice in 22 matches in all competitions.

But, he has told Leeds fans that his game is in the box and that he wants to help the team with goals and assists from his forward position.

“I am the typical No 9 and my game is in the box,” Lasogga told LUTV, as quoted by the Yorkshire Evening Post.

“I want to help the team with scoring goals and giving assists and fighting for the whole club and the whole team. I am a real No 9.”

Leeds fans will of course be delighted to hear Lasogga’s self-assessment as both the club and the supporters seek a replacement for last season’s 30-goal striker Chris Wood, who departed for Burnley earlier in the summer.

Supporters will have also noticed that during the last time Lasogga went out on loan in the 2013-14 campaign to Hamburg for Hertha BSC he managed a stunning goal return of 15 strikes in 24 matches in all competitions with 13 of those goals coming from 20 outings in the Bundesliga.

They will now be hoping that history repeats itself as Leeds seek to end their 13-year wait for Premier League football.

In other Leeds news, this enforcer is on trial with an English club following an exit from the Whites.