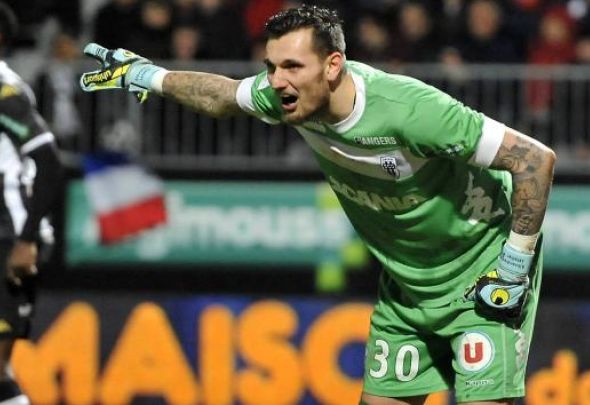 Newcastle have launched an enquiry for Angers goalkeeper Denis Petric, according to a report.

French outlet Ouest France claim that the 29-year-old is the subject of an approach from Rafa Benitez’s side, after plummeting down the pecking order with the Ligue 1 side.

Petric is currently behind Alexandre Letellier and Mathieu Michel in the pecking order at Angers, despite making nine first-team league appearances during 2016-17.

Now, in the final year of his contract, the two-time Serbia Under-21 international could be thrown on the scrapheap by the Ligue 1 outfit with Newcastle looking to land his signature.

However, Benitez is expected to face competition from Championship side Bristol City as well as Angers’ domestic rivals Guingamp for the services of Petric.

Petric is not the only goalkeeper in France’s top tier said to be interesting Newcastle, with the Guardian claiming Benitez has also considered an offer for Paris Saint-Germain’s Kevin Trapp.

Newcastle have been interested in a goalkeeper all summer, with Elliot not deemed good enough to be the Toon’s number one stopper for the entire 2017-18 campaign. However, Petric is currently third choice in the rankings at Angers and he is far below the quality required to become Benitez’s first-choice goalkeeper. Newcastle do not need further back-up at St. James’ Park for a place in goal, with Woodman, Darlow and Krul all looking to gain some form of first-team football. Although Petric would be a cheap and easy deal to complete, Benitez must avoid luring him to Tyneside.

In other Newcastle transfer news, the Toon are in talks with this Premier League striker but face competition from Everton.