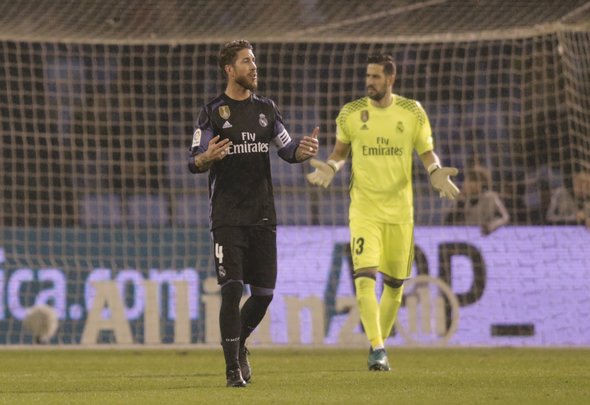 Newcastle are interested in signing Real Madrid goalkeeper Kiko Casilla this summer, according to a report.

The Chronicle claim that manager Rafael Benitez has been scouting Spain to look for potential targets and is looking to bring in a new shot stopper.

It is understood that the Magpies are considering Madrid’s 30-year-old, who Benitez signed during his time as manager at the Bernabeu.

The report details that the Spanish giants could be open to offers for Casilla as he is already their second-choice option and they are looking to bring in either Manchester United’s David de Gea or AC Milan’s Gianluigi Donarumma.

Newcastle currently have a large crop of goalkeepers on the books at St James’ Park, but Karl Darlow looks set to be the number one going into the new season back in the Premier League.

Casilla would arrive at St James’ Park with an impressive CV and has won two Champions Leagues during his career.

The Spaniard played in a group match win over Sporting last season as Madrid won a second consecutive Champions League and he also featured twice when they won the trophy in the 2015/16 campaign.

He has played mainly a fringe role during his time with Madrid, but does have top-flight experience from his spell with Espanyol earlier in his career.

Benitez is being very wise by using his connections at former club Madrid and any players that arrives from the Spanish giants must have some good quality. Newcastle are going to need a strong number one next season if they are to avoid relegation and there is a sense they can get better than their current options. Casilla is a player that Benitez clearly trusts after signing him in the past and could be a major boost for the north-east club if he arrived. The 30-year-old could have a better chance of earning a regular starting position and get a first taste of the Premier League. The only concern would be his lack of experience in English football, but at his age he is already an accomplished player and should be able to adjust.

In other Newcastle transfer news, the club’s supporters reacted on Twitter to reported interest in a Championship winger.