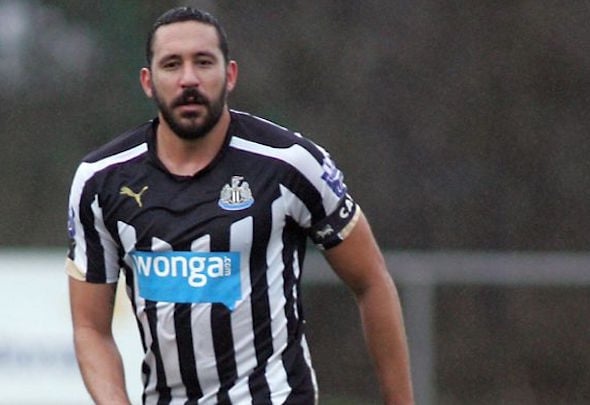 Former Newcastle star Jonas Gutierrez could be set for a move to the Italian top-flight, with Chievo and Cagliari both interested, according to a report.

The 33-year-old is a free agent after being released by Spanish outfit Deportivo La Coruna, following a seven-year spell with the Toon.

Italian outlet TuttoMercatoWeb claim that the Serie A duo are interested in signing the free agent.

Gutierrez is a fan favourite on Tyneside, after making 205 appearances for the St. James’ Park club. The Argentina international’s finest moment came after scoring in his final Newcastle appearance against West Ham, a little over a year after being diagnosed with testicular cancer.

The former Mallorca midfielder, known for donning a spiderman mask when celebrating a goal, went to court with the Magpies after being released at the end of the 2014-15 season.

Gutierrez won the case, after claiming in a statement to an employment tribunal that he had been released from his contract wrongly under the terms of disability discrimination.

A move to Italy for the 22-time international would become Gutierrez’s sixth different club, in a career which has seen him make 331 professional appearances.

In other Newcastle news, this Toon midfielder could still leave St. James’ Park in the coming days.