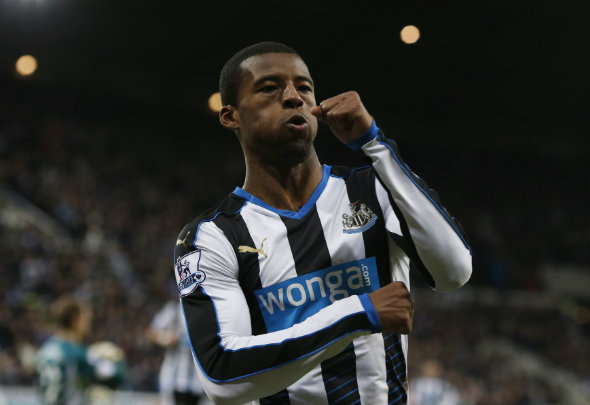 Newcastle midfielder Georginio Wijnaldum has informed the club he wants to make a switch to Roma, according to a report.

Italian outlet Daily News 24 claim a bid of £16.4million has been tabled for the Dutchman to move to Serie A once the club can offload Leandro Paredes to Zenit St Petersburg.

It is claimed that the attacking midfielder has reached an agreement in principle with Roma, but Newcastle have still not given the green light to a deal.

Wijnaldum joined Newcastle last summer from PSV Eindhoven for a fee of £14.5million but he has made it clear he wants to leave following relegation to the Championship.

The 25-year-old was a shining light in a wretched Premier League campaign for the North-East club, scoring 11 goals in the competition.

Newcastle manager Rafa Bentiez now faces a fight to keep his star player as the club look for instant promotion back to the Premier League.

The news of Wijnaldum’s departure will be regarded as a blow to many supporters but star man Ayoze Perez insisted he has no intentions of leaving the club.

In other Newcastle news, Twitter has reacted to Alan Shearer throwing his name into the England managerial hat.