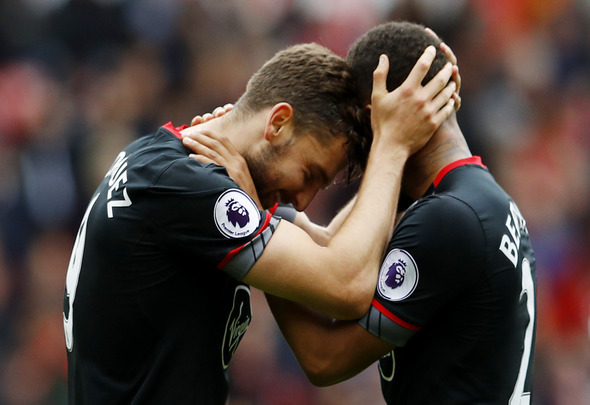 Newcastle are in a three-way battle to sign Southampton attacker Jay Rodriguez, according to a report.

The Daily Mail claimed on their transfer blog on Monday (3:47pm) that the Magpies are keen on the 27-year-old.

The report details that Rodriguez wants a fresh start in the summer and the Saints will be looking to obtain £15million for his signature.

Rodriguez has been halted by injury throughout his career, but returned to full fitness for last season.

The forward, who can also be used as a winger, made 34 appearances across all competitions last season.

He scored six goals and supplied three assists in return, but is yet to recapture the form he has shown in the past during his time in the top flight.

Rafael Benitez is looking to improve his Newcastle squad and Rodgriguez could be given a lifeline to reignite his career at St James’ Park.

Rodriguez would be a superb addition for Newcastle in the summer and help bolster a frontline that could be short of goals in the top flight. The 27-year-old need a fresh move to help him rediscover his best form and St James’ Park has the potential to be a good fit. He has made 104 appearances in the Premier League and scored 26 goals in return. Newcastle will have a real player on their hands if Rodriguez can rediscover his best form, which helped him earn a call-up to the England side. He could form a potentially impressive partnership alongside Dwight Gayle in attack if he signed.

In other Newcastle transfer news, a Championship club are set to rival them for a teenage goal sensation.