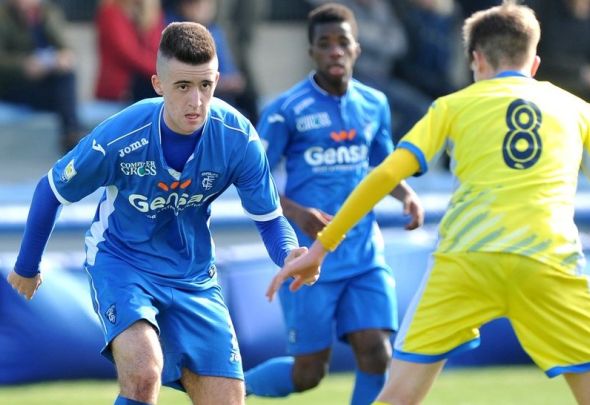 Newcastle are weighing up a £6million move to sign Empoli youngster Arnel Jakupovic, according to a report.

The Daily Star claim sources from Italy have revealed that Rafa Benitez is keen on bringing him back to England, after he left north east rivals Middlesbrough in January.

Jakupovic, who made his Serie A debut in a cameo role as a two-minute substitute in Sunday’s 3-1 win over Bologna, failed to make a senior appearance for Boro.

However, the Austria Under-21 international was hugely prolific for the Teesside outfit’s reserve side, scoring 13 goals in 24 appearances.

His sparkling form in front of goal has continued for Empoli’s reserves, scoring eight goals in 13 outings since his move to Italy.

It is believed that Empoli want more than six times what they paid for the teenage star, after parting with around £850k to sign him at the start of the year.

Jakupovic, who was also on the bench during April 30’s 3-1 loss to Sassuolo, has a contract at the Stadio Carlo Castellani until the summer of 2021.

It is difficult to comprehend how the youngster can go from a £1million-rated striker to a player worth more than six times that in just four months of reserve team football. His huge asking price should put off Benitez, unless the former Liverpool and Real Madrid boss can say for certain that Jakupovic will work his way into the Toon first team next season. Otherwise, the £6million transfer fee would be better spent elsewhere, as Benitez prepares for a huge summer transfer overhaul that could see him spend upwards of £100million.

In other Newcastle transfer news, this betting update has shown that the Toon are second favourites to sign this Southampton star.