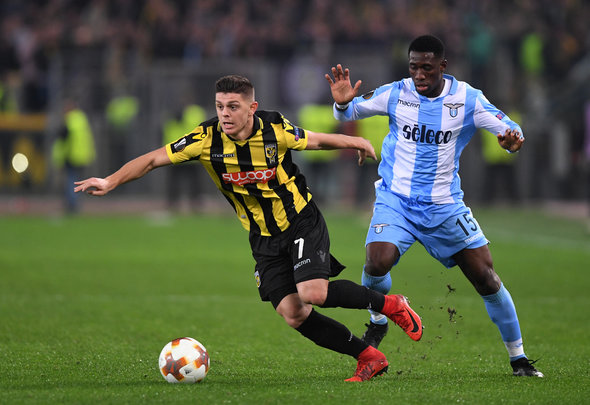 Newcastle United have identified Vitesse Arnhem’s Milot Rashica as a potential target for the upcoming January transfer window, according to a report.

The Mirror claim on their website that the Magpies are lining up a swoop for the 21-year-old winger, who is a five-time-capped Kosovo international.

A speed machine who naturally operates on the right flank, but is versatile enough to switch to the left, Rashica has made 21 appearances for Dutch side Vitesse this season, scoring three times and chipping in with a further four assists.

It is said that his club are looking for in excess of £4million to secure his signature, who is contracted at the club until 2020.

Newcastle have been lacking in creativity further up the pitch this season, and although it has been a dreadful run of form over recent weeks, there has been one standout performer. Jacob Murphy’s pace and directness has been impressive and although he still has much to improve on, it is that forward thinking the Magpies need. Rashica would bring a similar set of skills to St James’ Park, although with the club drifting into a relegation battle, it may be argued they need proven talent to push them up the table. Still, they are eyeing up exciting talent for the future, and if he does arrive, then he will be determined to have an immediate impact on the first team.

In other Newcastle United news, Mike Ashley has been handed an ultimatum in the club’s takeover talks.