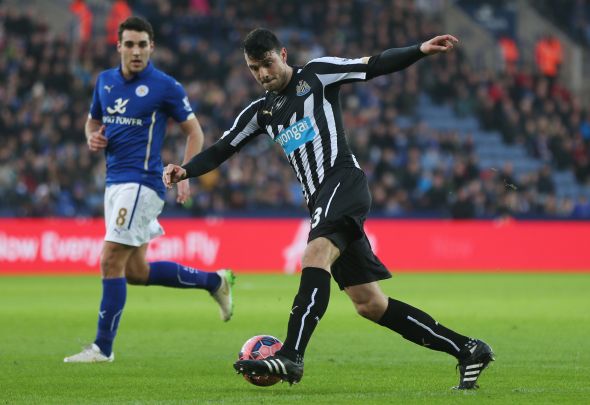 Newcastle midfielder Haris Vuckic looks set to leave the club after joining Dutch side FC Twente on trial, according to a report.

Dutch news outlet TC Tubantia reported that the 24-year-old is on a week’s trial, with a view to making a permanent move.

The midfielder, who can also play in an attacking role, is out of contract in the summer, with Newcastle boss Rafa Benitez seemingly happy to let the Slovenian’s eight years on Tyneside come to an end.

Vuckic arrived at St James’ Park with a reputation of one of the brightest young talents in Europe, with the likes of AC Milan and Real Madrid reportedly interested before Newcastle swooped.

While he impressed at youth level, he was unable to convince in the first team, and was sent out on loan no less than five times.

His most impressive spell came whilst on loan to Scottish side Rangers, where he managed to score eight goals in fifteen games.

However, in eight seasons at St James’ Park, he made only 19 appearances, scoring one goal in the Europa League.

A case of what might have been for Haris Vuckic and Newcastle United. Despite his potential and reputation as a shining young star of European football, he never kicked on with his development; at least not to the level he, or Newcastle, would have liked. However, over his eight years on Tyneside, he has seen the same number of managers come through the door, which cannot be beneficial to a young player’s progress. At 24, it’s the right time for him to move on, and the right time for the club to let him go. A wasted talent? We’ll never know.

In other Newcastle transfer news, the Toon are weighing up a move for this PL winger.