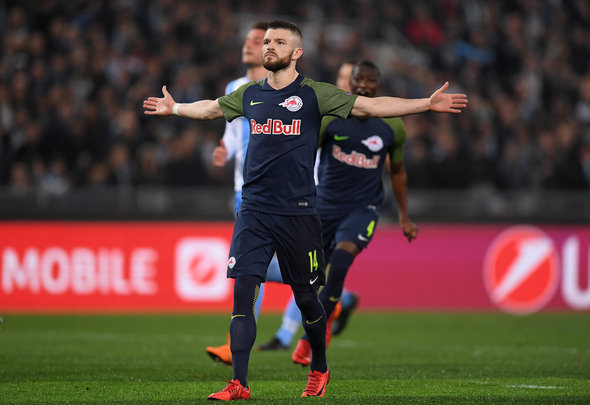 Until Ayoze Perez’s recent rise to form, the role of attacking midfielder had been a serious problem for Newcastle United this season.

The position had already been highlighted by manager Rafael Benitez as a top priority but despite his likely efforts to bring in at least one reinforcement, it was an area which failed to be strengthened during both the summer and winter transfer markets.

Perez, the regular choice for the role, had failed to live up to expectation for much of the season but his displays over recent weeks, with two goals in as many games, have taken the pressure off somewhat.

Still, it should remain an area to address come the summer, and there have been a number of names linked with filling the gap.

One such reported target is RB Salzburg’s Valon Berisha, with the Chronicle claiming that the Magpies have kept close tabs on the 25-year-old’s impressive displays for the Austrian side.

With 13 goals under his belt in his 40 appearances across all competitions, he would seemingly be a more than adequate talent to try and improve the club’s goal scoring threat, especially considering he has the ability to operate in a variety of positions.

However, the club will have to act fast if they want to snap up the Kosovo international, with Liverpool said to be right on his tail.

Spox.com claim that the Reds are in hot pursuit of Berisha and having scouted his performances recently, have already made contact with his representatives over a potential move.

The longer Newcastle leave it, the less chance they have of snapping up a top target, and a late push must be made to seal a deal, using the promise of regular first team football and ambition to convince him to move to the north east instead of the north west.

In other Newcastle United transfer news, the Magpies must launch a swoop for a former Benitez favourite on a free.