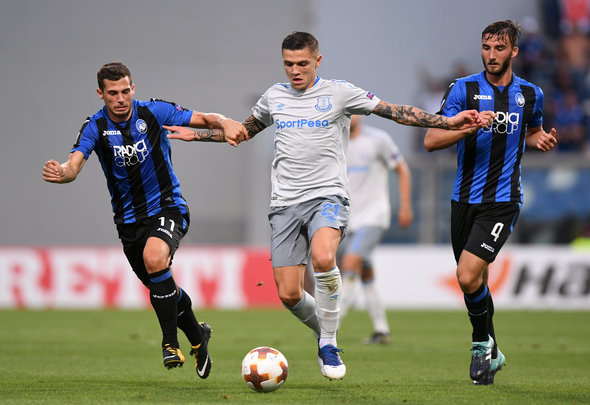 Rafa Benitez must sign Everton’s Muhamed Besic for Newcastle United this summer as he would be the perfect replacement for Mikel Merino at the club.

The Chronicle reported on Monday that the current Magpies boss is adamant that he wants a replacement for Merino at the club if the defensive midfielder departs.

In the same report it is stated that the 22-year-old could depart St James Park in this window as the current mood suggests that he is vying for his exit after not regularly playing in the second-half of the 2017/18 campaign.

While this will be a sad scenario, Benitez could swiftly replace Merino in his squad by smartly swooping for Besic.

The current Toffees defensive midfielder is thought to be available for £12milllion, as stated by the Northern Echo, with the Merseyside club willing to sell him if a club offers them that amount.

Besic may not have dazzled in his previous 37 Premier League appearances but the 25-year-old proved on loan at Middlesbrough last season that he was a quality player.

The defensive midfielder wowed in his 17 appearances for the Magpies’ local rivals and looked a level above his opposition as he was featuring in the Championship.

Besic’s superb passing was there for all to see and his ability to add steel to a team’s midfield made his side hard to break down which led to vital clean sheets being registered.

The current Toffees midfielder given the way he plays seems like he would naturally fit into Benitez’s plans without breaking a sweat.

Given his expected price tag, the 25-year-old would be an easy signing to complete and would not see the Magpies’ budget entirely blown on signing a capable replacement for Merino.

Also given that the Magpies’ bitter rivals Middlesbrough loved having him at the club, watching their despair as he rocked up to join the Magpies would make the potential transfer extra sweet.

Therefore Benitez must swoop for Besic quickly especially if Merino departs as the talented midfielder is available for a great price and would be a fantastic midfield recruit this summer.

In other Newcastle United news, six teams are in the hunt to sign the club’s colossus on loan.