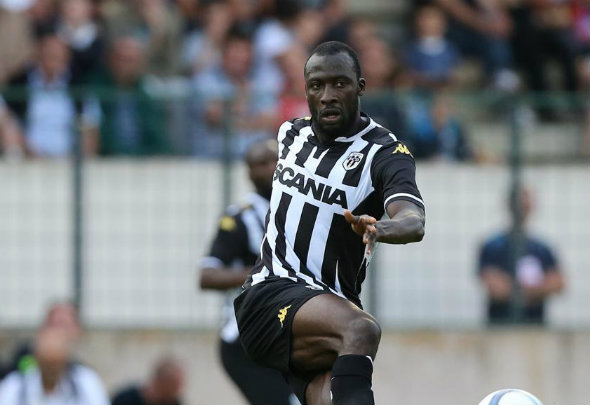 Newcastle are interested in bringing Senegalese midfielder Cheikh N’Doye to Tyneside to help in their quest for a swift return to the Premier League, according to a report.

N’Doye, 30, plays for Ligue 1 club Angers and has caught the attention of the Magpies after scoring ten goals in 34 appearances in all competitions this season from central midfield.

Despite his age, the midfielder has spent most of his career in the lower leagues in France but has been an instant hit since making the step up to France’s top division last season.

He has been the stand-out performer in newly-promoted Angers remarkable campaign that has seen them finish ninth in the table after a 21-year absence from the top flight.

His rise up the divisions has drawn comparisons with Leicester’s incredible duo Kante and Riyad Mahrez. He has been called the ‘next Kante’ in France despite his age.

Kante had spent a big chunk of his career plying his trade in France’s lower leagues before the Foxes signed him from Ligue 1 side Caen last summer.

Mahrez was plucked from division two French side Le Havre in 2014, before the winger went on to be named the PFA Player of the year this season.

N’Doye is entering the final year of his contract and Angers are reportedly preparing to field offers from a host of English clubs including Aston Villa, Swansea and West Ham.

Newcastle are on the verge of a crucial summer as they prepare for life in the Championship and make decisions on some of their top earners.

In other Newcastle news, the Magpies have placed a massive £2omillion price tag on one former Ligue 1 player desperate to leave the club.