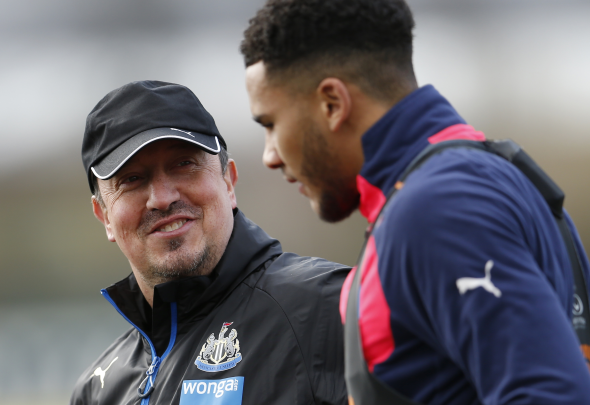 While the Newcastle United squad are evidently full of camaraderie and togetherness, there are still some members who fans would consider much more important than others.

The likes of Jonjo Shelvey, Jamaal Lascelles and Matt Ritchie are all crucial to the Magpies, not only for their talent but their approach to the game, bringing dedication and a strong work ethic to rub off on their teammates.

Of course, that all stems down from manager Rafael Benitez, who has galvanised the first team squad as well as the club’s fan base, and it is one of the most united Newcastle eras that has graced St James’ Park in some time.

Unfortunately, that could end in multiple hammer blows come the summer.

The Mirror have claimed that Lascelles, Newcastle’s star defender and club captain, is being eyed up by reigning Premier League champions Chelsea for a £30million swoop come the end of the season, with the Blues viewing the 24-year-old as a long-term replacement for John Terry.

While Lascelles might have put pen to paper over a new contract at Newcastle earlier this season, Chelsea will undoubtedly be able to offer him much more money, as well as European football and a chance for silverware, and that could well tempt him away.

Benitez’s future is also in doubt, with the summer marking the final year of his current deal, something which could see other clubs swoop in and pounce upon.

Now Lascelles has recently spoken about his respect and admiration for the Spanish boss, stating that bringing him on board is the “best thing” the club has done over recent years and insisting that they keep him on Tyneside for as long as possible.

While Benitez’s future is in doubt, Lascelles’ will be too, but getting the manager to commit to the future should convince the defender that he is best placed to spend his future at St James’ Park.

A deal for the boss would kill two birds with one stone, ending any risk of heartbreak for the Newcastle faithful and ensuring two of the most important figures remain for the foreseeable future.