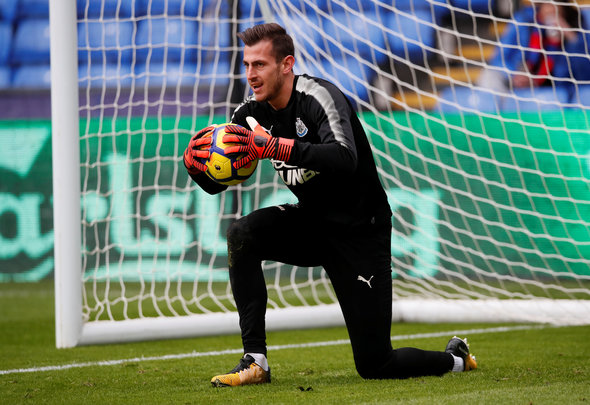 Newcastle United goalkeeper Martin Dubravka has made a desperate plea to club owner Mike Ashley to tie manager Rafael Benitez to a new contract as uncertainty reigns over both their futures.

The Slovakian shot stopper arrived at St James’ Park on a season long loan deal over the January transfer window and although the Magpies were confirmed to have a purchase clause in the terms of the move, it awaits to be seen whether he has done enough to secure a permanent move.

Benitez meanwhile is out of contract at the end of next season, having put pen to paper in the summer of 2016, and talks over his future are on hold while the club continue their push for Premier League survival, a fight they are winning thanks to three successive victories.

Now Dubravka has urged Ashley to get the Spanish boss to commit to the north east side for the long-term, insisting he is the man to take them to the future success the goalkeeper believes the club deserve.

He told the Telegraph: “This a club that deserves to be higher, to be in Europe again, but we have to take small steps.

“We need the manager to stay, he is the boss, he is the most important person.

“The manager and the owner, they have to work together and get Newcastle back to the level they should be at.

“I’m desperate to stay here, I know that already. The fans, they have been amazing, everywhere we go, they stop and talk. This is a proper football city.”

With his comments, Dubravka is preaching to the choir, for there is not a Newcastle fan out there who does not echo the Slovakian international’s sentiments. Benitez is without a doubt the most important member of the senior side but also is vital to ensuring success in both the present and years to come, with his plans for the youth setup on Tyneside. If Newcastle can get both Benitez and Dubravka to put pen to paper over their long-term futures, then the summer will already be considered something of a success. As the shot stopper says, the club need to take small steps towards securing what they ultimately want, but tying down the Spaniard would be a huge leap forward.

In other Newcastle United news, the door has been left open over a stunning return to the club.