Newcastle have rejected an £800,000 bid for Cheick Tiote from United Arab Emirates side Al Jazira.

The former FC Twente holding midfielder has just 12 months remaining on his St. James’ Park deal, after signing with the North East outfit in 2010 for £3.5million.

UAE newspaper The National have claimed that the Arabian Gulf League side tabled an initial bid of around £800,000, which was rejected by Magpies’ officials.

The Daily Mail have claimed that the relegated side value Tiote at around £4million; which leaves Al Jazira a long way short of meeting the asking price.

The midfielder’s future on Tyneside is in doubt after being left out of the Magpies’ pre-season match against Southend on Tuesday.

Tiote, who has also had a spell in Belgium with Anderlecht, almost moved to the Chinese Super League in January, and The National say he is keen to continue his career with Al Jazira.

The 30-year-old is currently way down the central-midfield pecking order, with Jonjo Shelvey, Jack Colback, Vurnon Anita and new signing Isaac Hayden all above him.

Tiote has been at St James’ Park since 2010 and has made over 150 appearances for the club, but struggled for consistency and fitness since sustaining a serious knee injury in February 2015.

He will probably be best remembered for that equaliser against Arsenal in 2011 to make it 4-4 in the 87th minute.

In other Newcastle transfer news, the Magpies are in the market to sign three more attacking players. 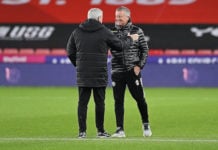