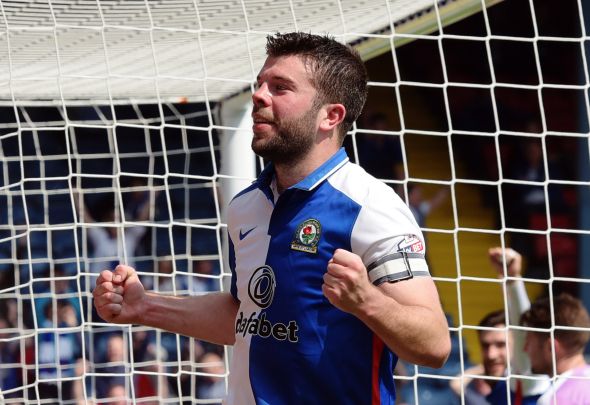 Manager Rafa Benitez is unwavering in his desire to bring Blackburn captain Grant Hanley to Newcastle,after tabling a third bid worth £5.5million.

The Lancashire-based side Blackburn are reported to be holding out for a fee of £6million, but Benitez is willing to test manager Owen Coyle’s resolve with the Magpies’ latest offer.

Newcastle have already made two bids for the Scotland international, the latter being worth in the region of £4.5million.

The former Real Madrid manager is keen to add a centre-back to his squad after releasing Steven Taylor and losing club captain Fabrizio Coloccini to Argentinian side San Lorenzo.

Hanley, who has appeared for his country 23 times, has two years remaining on his deal at Blackburn, for whom he has made more than 200 appearances.

Newcastle have also been linked with Bristol City captain Aden Flint, as Benitez looks to bring in Championship experience at centre-back.

The Magpies have dwarfed other Championship clubs in terms of spending during the transfer window so far, shelling out a reported outlay of around £27.5m on five players.

In other Newcastle news, The Magpies are still keen on selling this £13m man.