Noel Whelan insisted Newcastle United will be signing “world class” players if the takeover is completed after the striker teased a return to St. James’.

The former Leeds United striker, speaking exclusively to Football Insider correspondent Dylan Childs, claimed the incoming owners will “not be scared” to spend big money if a takeover is completed.

Salomon Rondon, 30, told TNT Sports admitted he would be interested in a return to the Premier League and did not rule out a return to the club he left 12 months ago for China. 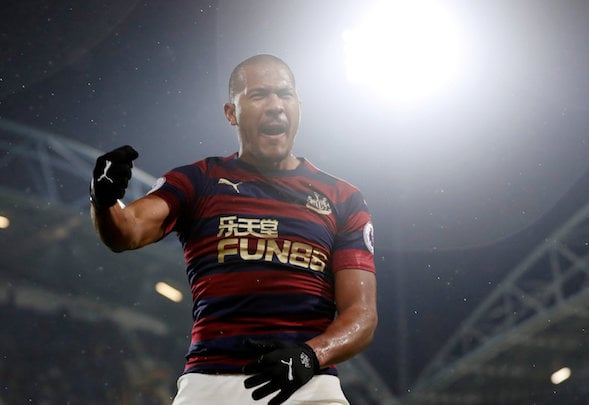 The Athletic revealed on Monday that Newcastle can spend big this summer whilst remaining within the Financial Fair Play regulations.

Whelan insisted the prospective new owners will be targeting “world-class” players and did not hold the Venezuelan striker in that regard.

“I would expect them to be looking elsewhere,” he told Football Insider.

“He did well at Newcastle but given his age I think it is highly unlikely. They will be looking bigger and better when this takeover is completed.

“Loads of big names being linked with Newcastle – a club that will have the money, that is for sure.

“They are not going for average players, they want world-class players. That is the difference that this takeover will bring.

“Very, very exciting times. Money will be there and they will not be scared to spend it.

“They want to create something really special like Manchester City. Their intentions are to challenge.”

Between £100million and £150million could be spent by the Magpies without breaching UEFA’s rules and in today’s market that promises to be a significant transfer budget.

Rondon scored 12 goals in 33 appearances for the Toon last season under then manager Rafael Benitez.