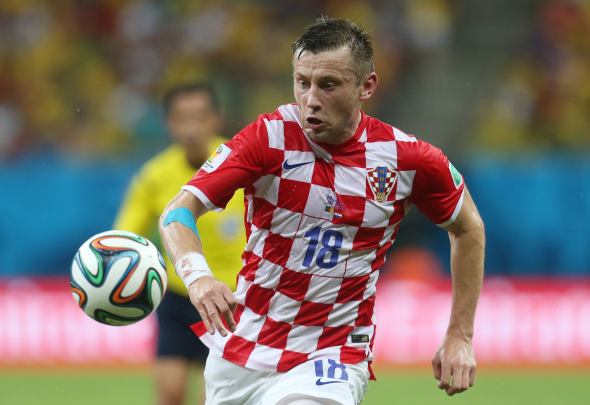 Newcastle are looking to snap up Croatia international Ivica Olic on a free transfer but will have to fend off interest from Championship rivals Aston Villa, according to a report.

Manager Rafa Benitez has eclipsed his team’s domestic rivals in the transfer market this season with around £30million spent and is now looking to secure a deal with the versatile forward on a free transfer.

German newspaper Bild report that Villa are also interested in signing the former Dinamo Zagreb striker, who has been capped 104 times by his country in his 20-year-old career.

The 36-year-old is currently without a club after his deal with German outfit HSV Hamburger ran out, making just nine league appearances last season.

The trophy-laden star has been a domestic champion on six different occasions, the last coming in 2010 with German giants Bayern Munich.

The Magpies are in the market for a proven and experienced goalscorer, after Senegalese striker Papiss Cisse was allowed to leave.

Similarly at Villa Park, manager Roberto Di Matteo is keen to address the lack of goals in his team and has identified Olic as the man to give his side an attacking threat.

A move to either of these two clubs would be a tenth new team for the striker, who can also play out wide and is known for his dogged determination when without possession.

Olic, who has scored 133 professional goals in his career, would be joining his tenth team if he was to put pen to paper at either of the relegated sides.

In other Newcastle news, The Magpies are looking for players as well as cash as they look to sell their star-man.