Rafael Benitez will wait until Adam Armstrong returns to pre-season to decide on whether the Newcastle youngster will remain at St James’ Park, according to a report.

The 19-year-old striker was in prolific form at Coventry this season, bagging 20 league goals and the League Two side has already enquired whether they can have Armstrong back next campaign.

Benitez is currently reshaping his squad ahead of Newcastle’s re-introduction into the Championship and the Chronicle claim the Spaniard wants to see the youngster in the flesh before making a decision.

Armstrong impressed immensely at Coventry and has been tipped to be in line for his breakthrough season at Newcastle after the Magpies slipped into the second tier.

Newcastle’s players are yet to return from their summer holidays and Benitez is said to be eager to give Armstrong the opportunity to impress during pre-season.

If the former Real Madrid manager decides against welcoming Armstrong into the Championship squad, he will most likely be sent back out on loan to gain further first-team experience.

Armstrong is an established member of the England Under-19 side and added five assists to his 20 goals for Coventry in just 40 appearances this season.

In other Newcastle news, the Magpies have made an approach for a former Liverpool defender. 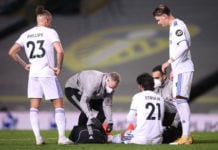